A memory game app that doesn’t get boring so fast. Huge! 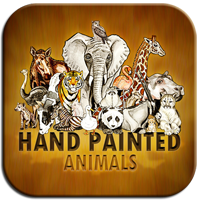 Memory games are a great idea–in theory. Those brightly colored cards with rounded edges that fit snugly in grabby little palms are supposed to develop memory, recognition and visual identification skills, so what’s not to like? At least until someone gnaws on a few of the cards. Or stuffs them down the couch’s crumby vacuum. Or just loses them. Then all you’ve got is a bunch of pictures of Dora and Thomas no one wants to play with. So how wonderful that the traditional memory game has gone digital.

Kids any age can play from baby/parent pairs, to older kids using a range of settings and levels nix the ehs that often come with re-playing an app over and over. Audio instruction and feedback means kids who can’t read yet can still learn the names of 100 animals on their own, and high scores, though not timed, are based on speed, difficulty and accuracy, should you want to track your kid’s progress.

Just one thing: wrong answers don’t get a “nice try” or “that’s not quite right.” Instead, the app says nothing at all, which might leave littler kids confused. The matching games however, turn over cards when it’s not the right answer, giving users a visual hint to try, try again. -Pilar

Download Hand Painted Animals for iPhone and iPad in the iTunes store.