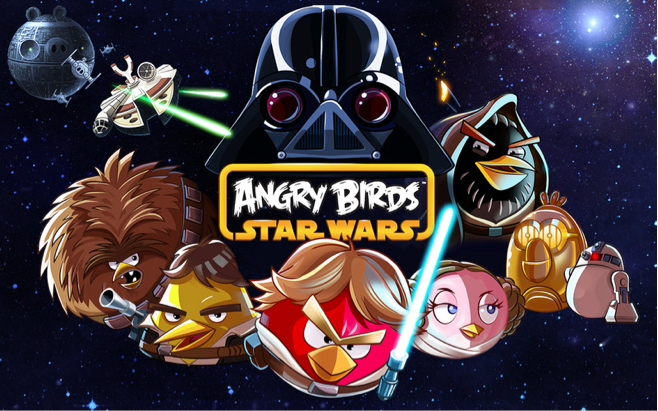 I tried to resist. Really I did. And then, one text from a friend saying
“I’m totally addicted to Angry Birds Star Wars” and I was at the app
store in negative 10 seconds, hitting download and jonesing to see just
what that little bird with the foppish Luke Skywalker haircut had in store for me.

Yes, Angry Birds Star Wars (also for Android) officially
sanctioned by the gods at Lucasfilms, is the kind of fun gaming crack you’d
expect and more. Aside from the total adorableness of birds as Wookees, Droids, lightsaber-wielding Jedis, and those pigs recast as evil Stormtroopers (man, I hate them
even more now), the puzzles and bonus levels are absolutely wonderful. Plus the new bird
actions are so much fun to explore, like the red bird which swings the
lightsaber with a finger tap. or a Han Solo-esque yellow bird that shoots (first?) at a target
before landing itself.

Then there’s always the nuclear option: The Mighty Milenium Falcon. But hey, it’s for a good cause. Or a good force.

It almost doesn’t matter if you’re a Star
Wars fan or not, but if you are, you’ll get more of the references. Either way, $.99–or $1.99 if you want to ding the ads
(which I recommend highly)–and say goodbye to any hopes of
productivity. Hope you’ve already got your holiday shopping done. –Liz

Editor’s Note: The price of this app has changed to $4.99 since we featured it.