Android apps for children: A plea from parents 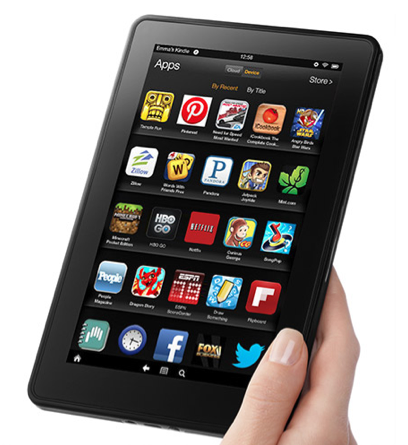 The truth of the matter is, the quality of iOS apps is still far superior to most Android apps, particularly for children. Do a web search for best Android apps for kids and you’ll get a lot of, “ugh…really?”

Take ebooks for example. Grimm’s Snow White is one of the top rated ebooks for Android on Google Play. It’s $4.99. Here’s a screenshot:

Now look at Pop Out! The Tale of Peter Rabbit for iPad, also $4.99 and just as highly rated. There’s just no comparison.

CORRECTIONS: We just found the Tale of Peter Rabbit for Android. Hooray! However maybe this speaks to the challenging search function in general for parents. And we stand by the notion that the overall quality of top apps for Android isn’t meeting the standards of top apps on iOS.

Additionally, we found Grimm’s Snow White for iOS should you be interested. It is also well rated by many parents there.

The rating systems are not a great gauge if you’re picky; four-five stars on the Android App Store (there are 329 of those right now) seems easier to achieve than the same on iTunes, perhaps because expectations are lower.  Not that the popluar apps on Android aren’t good or well-liked–we’d just like Android parents to have as many outstanding options too.

If you look at a lot of Android app reviews, you’ll tend to see a wild variety of ratings, many based on the user’s phone. For example, you’re apt to see complaints like “Crashes repeatedly on my Samsung Galaxy Tab” or “Works on my Nexus 4, not on Nexus 7.”  Now we can provide some caveats in a review, but if it’s a new app without a lot of reviews, we can’t possibly know whether it will be great on four models of Motorola phones, but not two others.

On the bright side, Kindle Fire is making great headway in the children’s app department. There’s still a discrepency between good apps for Kindle Fire and for Android phones (if even available for both.) We find if your best bet is sticking with major developers like PBS Kids or Electronic Arts, and hope the small developers can get there too. We’re also thrilled to see that Toca Boca is dipping a toe in the Kindle Fire water with offerings like Toca Hair Salon 2. More please!

From our own experience, most of the Android kids apps up to our standards are in the $2.99 and up range. If you try the list of free or lite apps, they tend to be limited to licensed characters and pretty subpar games. (How many versions of “decorate the cookie/pizza/ice cone can one kid have?) Or worse–the apps are labeled free and turn out not to be; we’ve tried many that lure you in with FREE but are really lite versions that require another $2.99 or more to actually get even semi-decent functionality. Of course there’s some of this on iTunes as well, but not nearly as much.

It’s also funny is it that this is the current Amazon App store category listing for recent FREE apps of the day:

Yes, at one time they might have been free but now they’re not. A little frustrating. You might as well be clicking on a category that says MAYBE FREE MAYBE NOT.

5. A kids category on Google Play

While Amazon has a kids’ apps category with 1300 apps, (though mostly ones we’re not in love with), Google Play has no such thing. Seems possible that Google is simply not aiming for parents the way Apple is with the iPad–or even Amazon with Kindle Fire.

While we’re at it, let’s talk subcategories to help parents out. When Dude, Where’s My Water is filed right next to Grand Theft Auto under games, well uh…kind of different if you’re looking for something for your 6 year old.

What else would you Android-owning mamas like to see?