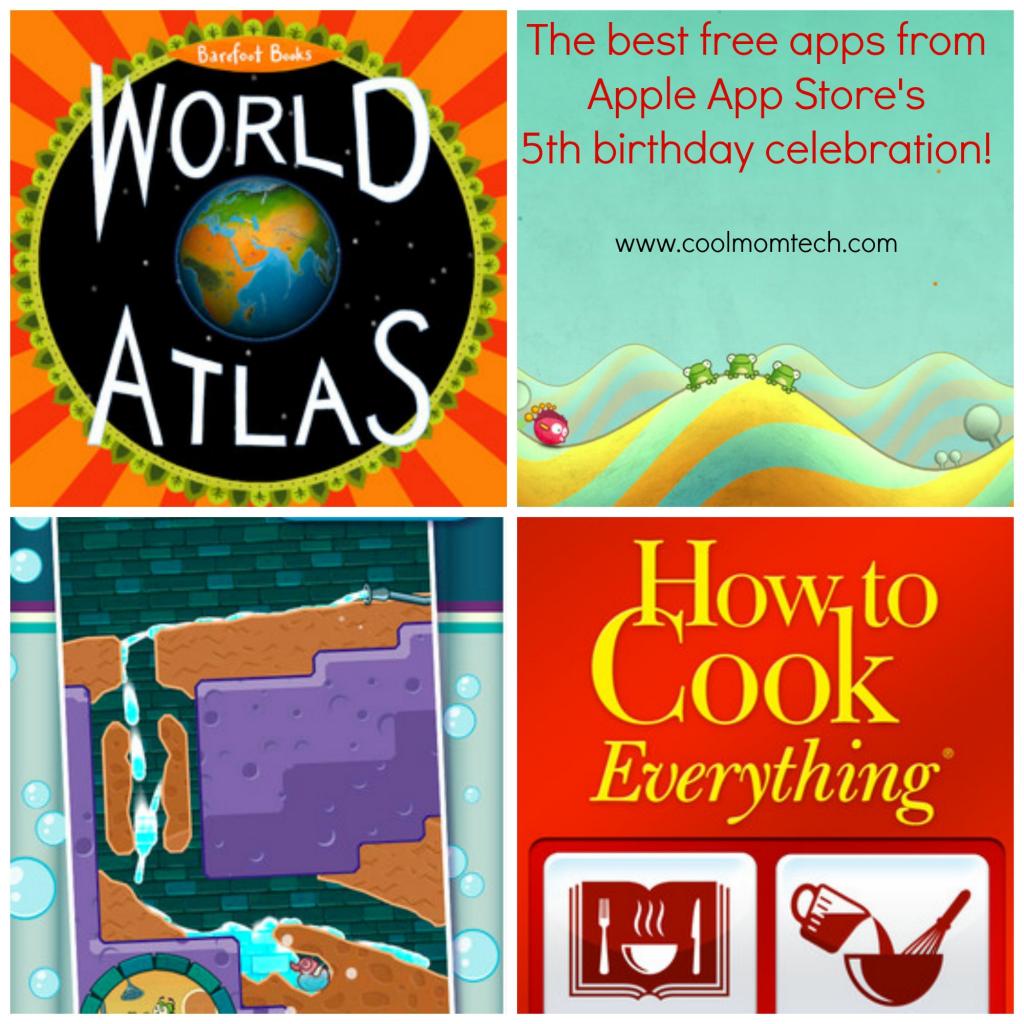 I can’t believe it’s been five years since Apple launched their app store. (And as you know, we love Apple apps!).

But hey, I’m all for a celebration, especially when it means that some of their most popular and usually quite expensive apps are free!

Now through their official birthday on Wednesday, you can snag favorite apps that we’ve featured on Cool Mom Tech for free! Take a look at some of the awesome deals:

Head over to the iTunes app store on your computer for the full list (there are lots more!), but you may also have to do some snooping around since we’re seeing others for free that aren’t on the list. But hurry! We’re pretty sure they won’t be free for long. –Kristen

Score a slew of popular iOS apps for free at the Apple App Store. If you’re not seeing them free on the web, check your iPad or iPhone app store.