My Muppets Show app: It’s time to play the music. For real. 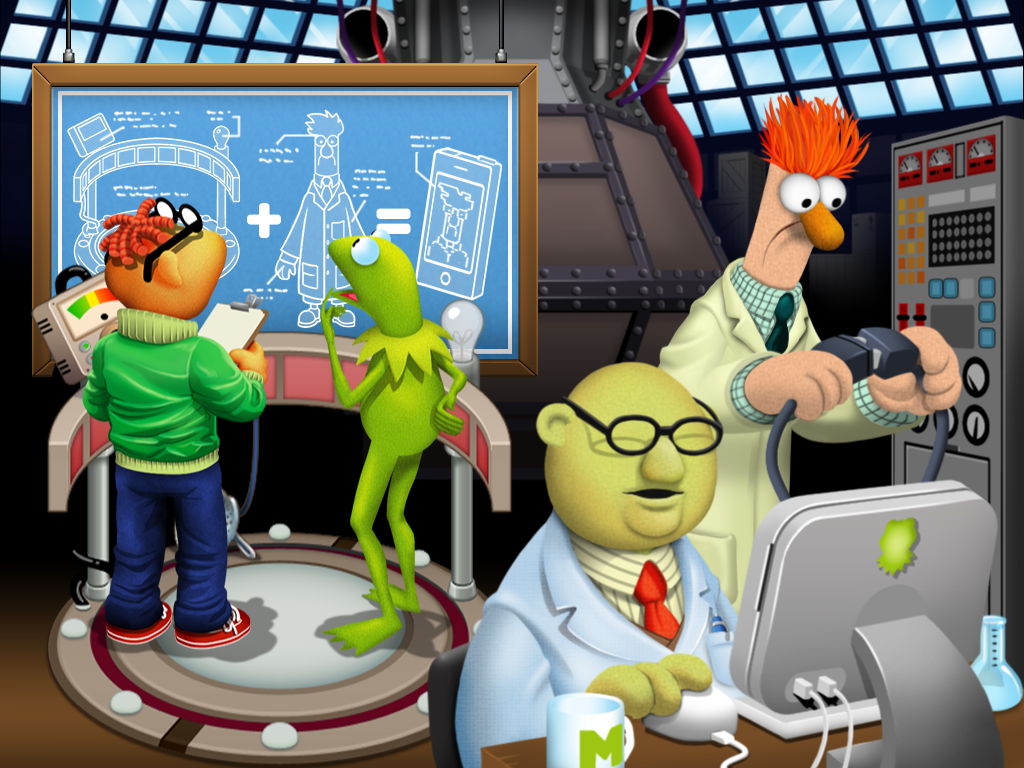 Miss Piggy, Animal, Kermit, Beaker–your favorite Muppets are all together again in a free musical builder app for iOS and Android devices that’s just out–and we think your older kids will have a hard time resisting. To top it off, it’s free!

Just launched this week, My Muppets Show lets players create the ultimate band in the spirit of Dr. Teeth and The Electric Mayhem.

Entertaining and nostalgic–at least for you–the app is all about unlocking and collecting popular Muppets to be part of the act. No competition, no high scores.

Players simply clean up, fix and manage the famous Muppet Theatre Stage in order to complete goals, and collect coins, diamonds and accomplishments (set by Scooter of course) that give them access to more than 20 Muppets characters, plus stuff like musical instruments, concession stands, and other eclectic accessories as you work towards fame and fortune.

The whole thing has a very SIMS feel, and it’s probably best for kids around 10 or so, unless they can multi-task towards a long-term goal, and read really well; Scooter does walk first-time players through a written tutorial of the game using a lot of pop-up windows. The player also has to have a lot of patience for things like smiley-faced cheeseburgers that take up to two minutes to “cook” before you can feed them to Sam Eagle.

Because this app is all about music, parents will be happy to know that you can mute the Muppets as you build your band. All the characters sing or play a unique instrument as part of the larger show, but until you recruit them all, they just keep doing their thing non stop. One word: earworm.

Beyond that, reliving the days of watching Sweetums soft-shoe across your TV screen is rather addictive. Take it from the girl who got sucked in for more than an hour feeding Rowlf cake and unlocking the Mahna Mahna guys. -Pilar

Hit the stage with My Muppets Show App for IOS and My Muppet Show for Android by Disney Interactive, both for free.