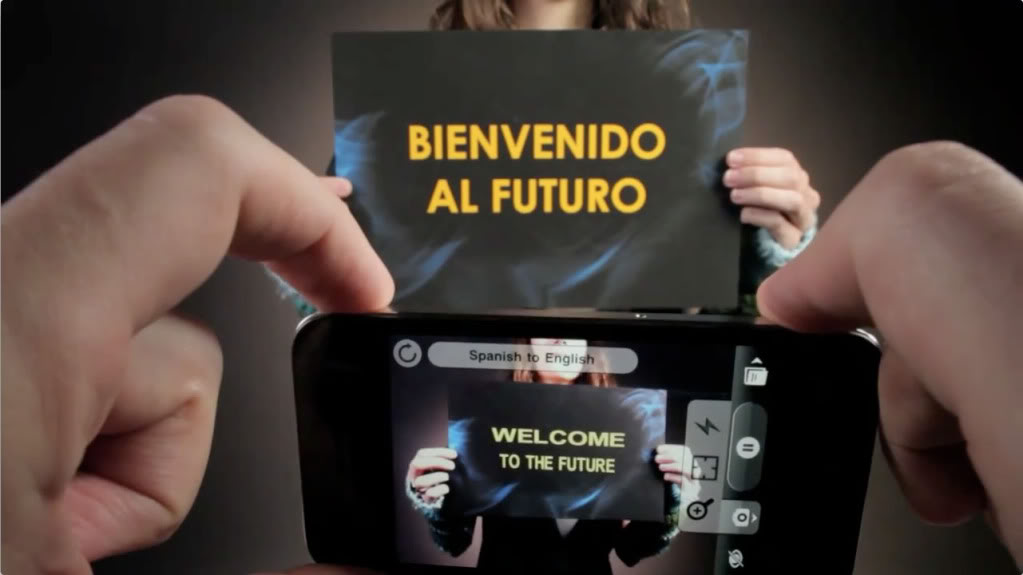 It’s not often that I come across an iPhone app that makes me stop and marvel. Of the hundreds I’ve had the opportunity of reviewing, I can count a handful that I continue to be amazed by. I just found one more to add to the list.

Word Lens is a translator app, but the kicker is that you simply point your iPhone camera at any word you want translated and it magically changes before your eyes on the screen. Watch the video and be amazed.I can’t figure out how this works, but through the magic of technology, any word, phrase, sign, map, etc. can be translated instantly. And the functionality is built into the app, so you don’t have to worry about Internet connectivity or finding a wireless network to use it.

Right now, Word Lens’s functionality is only limited to English to Spanish and Spanish to English translations–good if you’re destined for Cabo with the family for spring break or you’ve got lots of Spanish signs in your community and want to teach your kids the translations–but I’m sure that additional languages will be rolled out soon. It’s on the expensive side at $9.99 for just one dictionary, but it may be well worth the cost for not having to stop at a sign, whip out the pocket dictionary and realize the tacos you ordered were actually made of organ meat. –Jeana

Word Lens is available from iTunes. The shell of the app can be downloaded for free, but translation functionality can be purchased from the app for $9.99.