3 reasons why finding cool Android apps gives us a headache 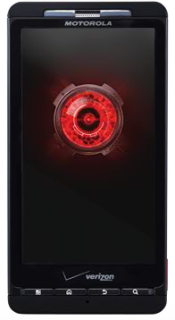 So many of you have been asking us to recommend Android apps–we hear you! So we’ve been searching long and hard to find ones that we think are cool. But after a few days of trying a bunch out on a Motorola DROID X loaner, we now understand why you’ve been begging us. Finding cool apps for the Google OS is pretty much like finding a needle in a haystack.

1. My eyes! My eyes!
Now I admit that I’m used to the Apple app store appearance which, even on the small iPhone screen, is bright, colorful, well-organized and enticing. And even the home page is categorized for easy shopping. Too bad I can’t say the same about the new Android Market. Of course, you shouldn’t judge an app by its icon, but a pretty one makes me much more apt to click and take a look.

2. Search? C’mon Google!
I’m still pretty stumped as to why it’s so hard to find apps since the search feature is powered by Google. For best success, you have to be super specific, which isn’t very helpful when you don’t exactly know what you want, but would like to browse offerings aimed at a specific group of people or topic area.

3. Who wrote these reviews?
The biggest challenge with finding cool Android apps has to be the inconsistencies across platforms, which are made obvious when you check out the reviews. And while iPhone and iPad app reviews can definitely range from love to hate, I’ve never seen such a variance in experiences with a single app. On just one application, I saw several folks leave it one star while others gave it five; all of them had different phones and tablets, which they noted in the reviews, probably to help other folks with that particular phone make a decision. Kind of.

We’ll continue to do our best to find you awesome Android apps, but here’s hoping these issues get some much deserved attention soon! And many thanks to Verizon Wireless for loaning us a Motorola DROID X for reviews.