10 photo tips for fireworks: How to keep from coming home with 127 blurry blips in the sky 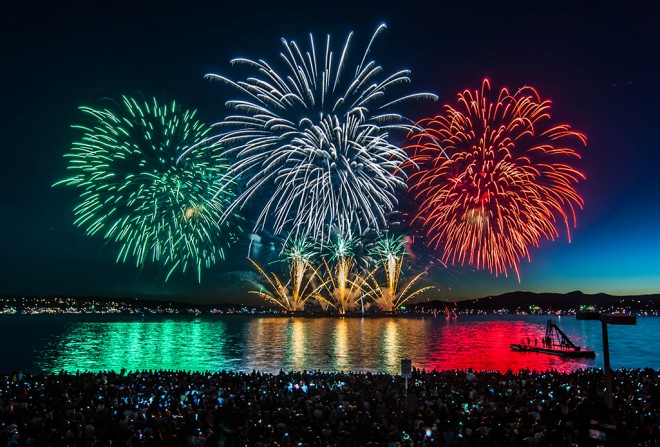 Fireworks are at the top of nearly everybody’s list of favorite Fourth of July memories, but capturing the magic in fireworks photos can be extremely tricky. So we scoured our favorite photography and tech resources for great photo tips for fireworks, so that the morning of July 5, you don’t find yourself scrolling through all those blurry photos, and saying, “well…it was cool in person…”

We’re focusing here on smartphone and point-and-shoot tips, since there are so many specific technical tips for you DLSR fans. But whatever your camera of choice, be sure to check our resource guide at the bottom which offers lots of info on ISO, white balance, aperture, bulb mode, and shutter speed settings for those of you getting a little more pro with fireworks shots.

Updated from a previous post on Cool Mom Tech

A shaky hand, even in the teeniest way, kills the photo. You’ll definitely want to set up a tripod for even a point-and-shoot. Or if you’re shooting with your mobile device, something like the  Twig or Joby’s Griptight Microstand. Though we remain fans of the original GorillaMobile Stand (above) also from  Joby, which can prop up any of the above, and lets you safely tether it to a railing, a tree, or just prop it on a stoop.

If you can be still…as in really still, then give it a go. It helps if you don’t have children tugging at your sleeve telling you they’re tired. [photo: cult of mac]

This should be fairly obvious, but in shooting something in the distance, make sure to tap your screen (or on a point-and-shoot, hold down the shutter halfway) to lock on the actual firework explosion to make sure that’s what’s in focus, and not the buildings, or worse, the heads of the people in front of you. [Great example in the top photo via Wired]

4. Try the fireworks setting on your point-and-shoot

Our friends at Photojojo recommend you use that fireworks setting because it makes thing easier on you. However to tweak your settings even more optimally, turn off your autofocus and any auto stabilization settings–which can sound counterintuitive, but may make your photos less sharp.

Since long exposures drain battery juice, we love the tip from B&H photo to carry a spare mobile power source like the Jackery Giant (above), one of Liz’s top picks for the best portable batteries. Or if you’re on an iPhone, we can’t say enough about the new iPhone 6S Smart Battery Case from Apple which more than doubles your phone’s battery life, and doesn’t require a separate charging cable since it works with the lightning cable you already own.

7. The earliest fireworks may take the best photos

We’re impressed the clever observation from B&H that with the accumulating smoke in the sky, the cleanest photos you’ll get may be early on. That’s not great news if you’re a newbie, or if you’re expecting to get some awesome shot of the grand finale–which hey, you still might get. But truly, a few great shots is all you need and if they come early, you can spend the rest of the time just experimenting. Or enjoying the show.

If you’ll be using a smartphone, we’re happy to report that there are several apps to help you get the same quality as a DSLR (or close to it, at least). Wired recommends LongExpo (free, shown above), Slow Shutter Camera+ (free), and Slow Shutter Cam ($0.99), all for iOS.

CNET also recommends Slow Shutter Cam, along with VSCO Cam (free) for iOS which is one of our own favorites. [photo above: Leon Yan using Vscocam]

You Windows phone holdouts (ha) can check out Blink (free) as well which captures a burst of photos before and after you’ve taken the shot.

You absolutely lose resolution when you zoom in for a shot with a smartphone, as those of us who have ever photographed concerts or our kids’ school recitals in zoom modes now now. The zoom may help you see better through your viewfinder, but it does not actually help you shoot closer. So use the widest possible framing so you use every one of those pixels — you can always crop later.

When you do crop however, consider the rule of thirds: The bursts will look best at one of those points. Activate the grid on your camera phone; it helps. Or use an app like Camera+ which also employs it, as seen here via the WSJ. 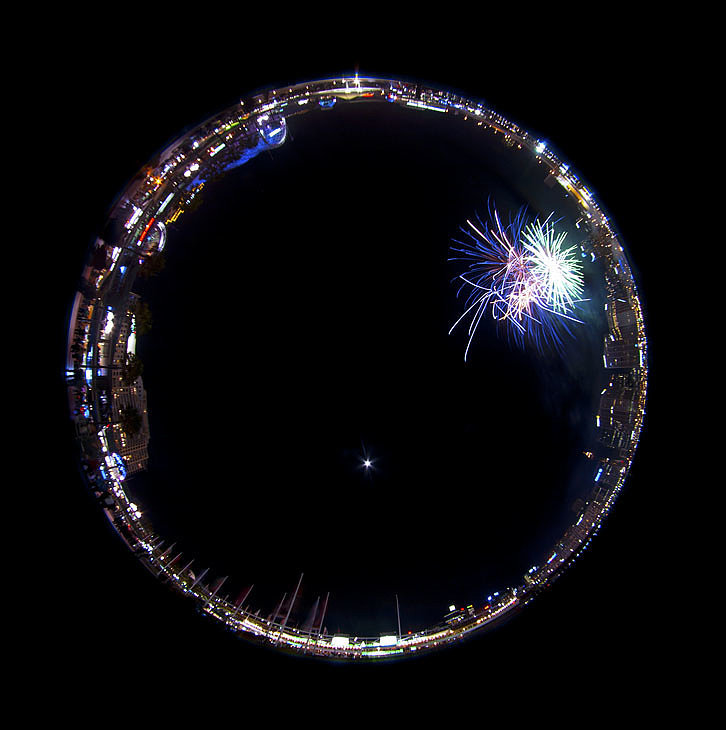 While classic firework photos are always amazing, we love the idea on Pop Sugar/Tech to experiment with tools like panorama shots or fish-eye lenses on your mobile phone. The results can be super cool! [photo: Flickr user legin101

10. Hand the camera to the kids

We are always amazed by the kinds of shots our kids get, especially when they have absolutely no idea what they are doing. Passing the camera phone over to them lets you enjoy an extra special family moment, and maybe even see the fireworks with that childhood magic once again.

Tips for photographing fireworks at Wired

How to photograph fireworks at B+H Photo

9 apps for the Fourth of July at CNET

75 explosive photos of fireworks at Gizmodo