Getting kids off the couch with the help of a Wii remote. And Dora. 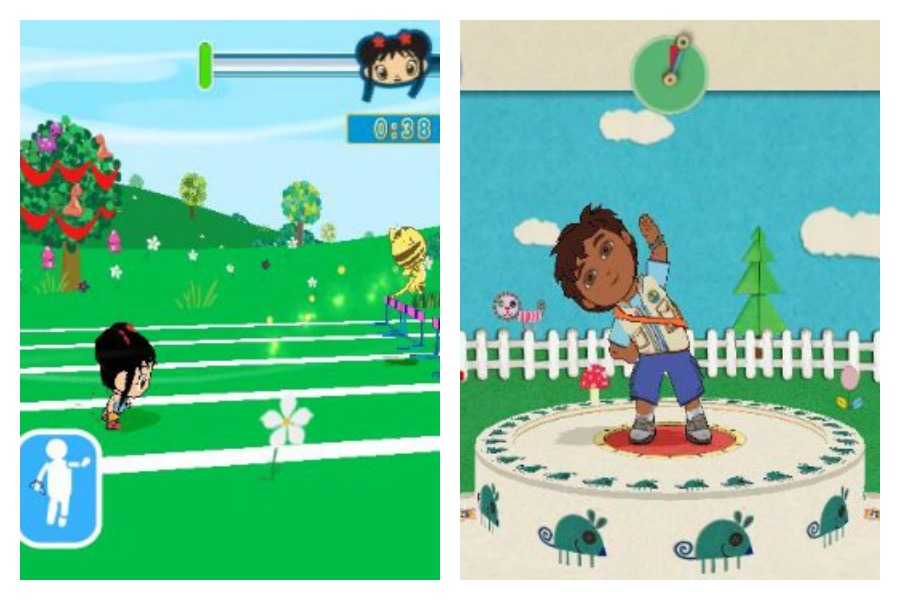 I’ve said it before: I’m not usually a big fan of small children playing video games. But I make an exception when they’ve got some educational value and they get kids moving. I’m pleased to see that Nickelodeon and Nintendo have teamed up to do those very things with a smart new line of video games.

Nickelodeon Fit for Wii  has 30 engaging games that will give your kids a workout. Kids can hula hoop with Dora, jump rope with the Backyardigans, or even leap over hurdles  with Kai Lan. They’ll have so much fun, they won’t even realize they’re exercising. And yes, it is exercise–after playing with my daughter, I was actually sore the next day.

There are so many different characters and games, that I think it will be a long time before my daughter gets bored playing it. And while
kids can use the Wii Fit Balance Board, it’s not necessary to play the games, so don’t feel you have to invest in one.

Less exercise-oriented are games like Dora’s Big Birthday Adventure for Wii, Nintendo DS or PlayStation, but if your kids are anything like my daughter, they’ll love the birthday theme. There’s also some nice opportunities to learn interesting facts about animals and their habitats with Mega Bloks: Diego’s Build and Rescue for DS (left), which has kids run, jump, and climb while helping Diego build things to rescue those jaguars and llamas.

I also like Dora’s Cooking Club which has over 30 games that teach kids how to chop, measure, stir, and follow recipes. I’m a fan of anything that encourages kids to eat healthier–but since games like this don’t get kids moving, you might want to save them for a long car trip.

All of the new Nickelodeon games are geared for the preschool set, but considering I had so much fun playing the Nickelodeon Fit for
Wii, I bet older kids will enjoy them as well–even if they’ve outgrown the characters. Me included.