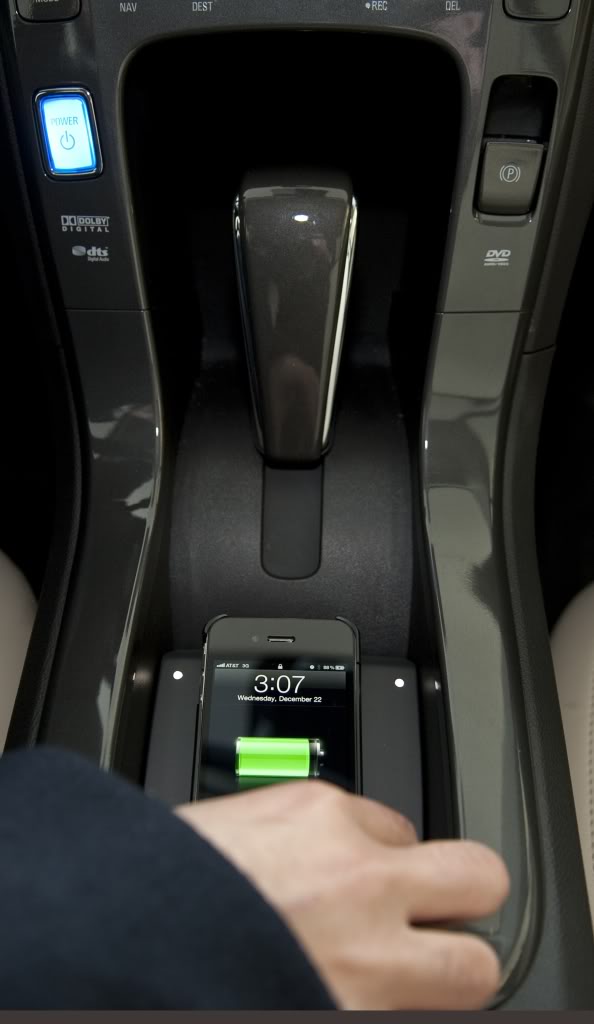 With spring in the air, this past weekend presented a perfect time for me to clean out my car. Despite finding enough Goldfish crackers in the seat to feed a small army, I was more dismayed with the sheer number of cords that I had to contend with. I have a phone charger, a DVD power cord, an auxiliary cord and a cord for my GPS. I need a cord intervention.

Imagine my delight when I heard about a new trend in automobiles that will include a wireless charging station built into the car to avoid cord chaos for people like me.

General Motors recently teamed up with Powermat and in 2012, will start outfitting its Chevy Volts with this super cool feature. This mat or charging shelf will be part of the car and will
wirelessly charge electronic devices (smartphones, MP3 players, portable gaming devices) while you’re driving.

The charging feature is expected to roll out to other GM models like Buick, GMC, and Cadillac in mid-2012. Is it enough to make you trade in that Lexus Hybrid for a Buick? Probably not. But it’s a nifty trend for GM fans and we hope to see it spread.  –Jeana