Gaming in the dark 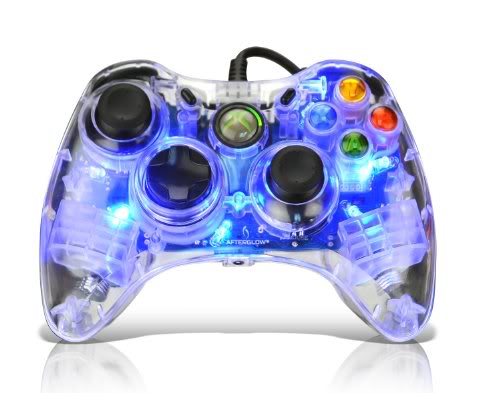 I happen to know a few people–not naming any names here–who could easily play Xbox 360 well into the wee hours of the night. For them, I found this super cool controller that would make an amazing holiday gift. With apologies to their parents. Or uh, wives.

The Xbox 360
Afterglow controller is pretty darn cool. By day, it looks like one
of those skeleton action figures–the kind where you could see all the
veins and bones and stuff inside. But by night, it’s a rockin’
glow-in-the-dark controller filled with glowing LEDs in red, blue or
green to match the circuit board. You can also toggle the glowing off,
should you need to.

On the up side, it’s licensed by Microsoft which means no compatibility issues. On the downside, it gets mixed reviews from people into really hardcore,
joystick-reliant FPS gaming. So it might be better for younger kids who
just like the coolness factor, than your Halo or Call of Duty 4
addicted sigOth. Again, not naming names. –Liz