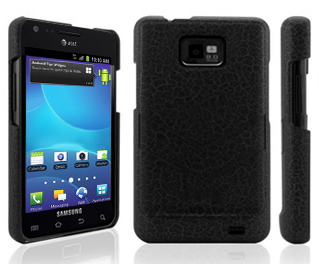 Ever since the World Health Organization came out with the report about cell phones and radiation, I’ve been a big advocate of Pong cases. And now they’ve added some new cases to their list, which will make you Samsung Galaxy S II (and other Droid) owners especially happy.

If you’re not familiar with Pong smart phone cases, they have a micro-thin antenna module that reduces the head absorption of electromagnetic radiation by 95%. You can find them for pretty much every iPhone, iPad, and Blackberry model, but recently they’ve added more Android models, like the HTC Evo, Motorola Droid, and most recently, the Samsung Galaxy S II to their list.

Although the Droid cases don’t yet offer the pretty colors as the iPhone users have, basic black goes with anything. Especially when it’s keeping your head a little safer. -Kristen

You can purchase the Samsung Galaxy S II Pong case (along with a slew of other smart phone cases) at Pong.