How do you put together your IKEA furniture? How about a little YouTube help. 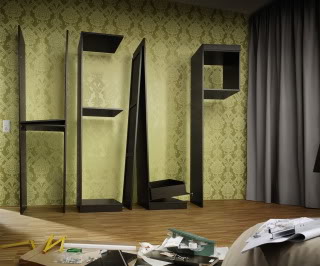 When an IKEA opened a few miles from me, I became one of those devotees who believes one can never have enough EXPEDIT bookcases–provided you can figure out how to put them together. Not all of us have that gene (or understanding of Swedish cartoon instructions) so I’m very happy to learn that web 2.0 help is on the way.

To the rescue: IKEA’s “How to Build” YouTube channel featuring nine of IKEA’s more popular (and probably frustrating-to-assemble) products. These snappy little videos use cartoon illustrations, clear on-screen text, and videotaped assembly to show you where exactly to put the long doohickey and what-the-heck-are-these-for-again funny tabs.
You won’t hear a voiceover on the videos which I do miss, but the visuals are so clear, I’m pretty sure it would be redundant. Of course someone saying Bend at the knees or NO–Not there! every now and then would keep me on my toes. But maybe that’s too much to ask of technology right now.
I will say I’m assuming they picked the cheery background music so that you can play it loud enough so that if you do pinch your finger while sliding board A into base B, your kids won’t hear what comes out of your mouth. –Christina
Check out IKEA’S How to Build YouTube Channel for instructions for nine products. Keep an eye on the channel for additional videos in the future.