HTC One S – The smartphone that slayed Dragon*Con 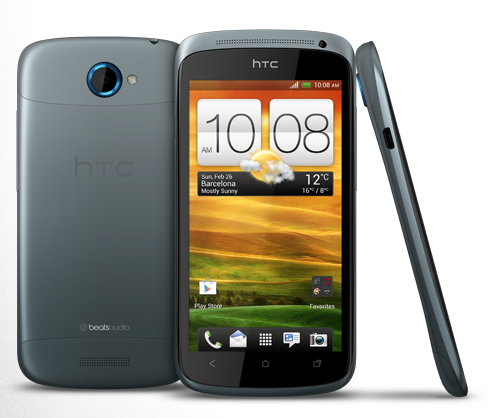 I am a smartphone neophyte. It’s true, I have yet to embark on the world of apps and photography and texting without pressing a number key three times to get to a letter. So my editors thought it would be a fun experiment (possibly at my expense) to send me off to the scifi convention Dragon*Con along with an HTC One S smartphone and see if I could manage my way through it without phoning in for help.
Let me tell you: this handy device is the Han Solo to my Leia.
As someone with almost no experience with smartphones, I found the HTC One S remarkably easy to use. So easy, in fact, that I never cracked the user manual and was still able to figure everything out intuitively.

This Android 4G phone is super slender and pretty sturdy… because, yes, I dropped it once, and without a case. (Oops.) You can check out the full specs here, but here are the features I really thought stood out.

The HTC One S takes super sharp pictures, it has fun and user-friendly editing software, and allowed me to shoot my images off to Twitter, Facebook, or email easily and quickly, especially with that nice big screen. After all, there are 60,000 people at Dragon*Con, and you may have only seconds to snap a picture of a dude dressed as Severus Snape dressed as the boggart dressed as Neville’s grandmother.

You only think I’m kidding.

Whether I was getting a rare photo opp with the creators of my favorite TV show or running into Cool Mom Picks favorites like The Vamplets (below, me in full steampunk style), I was grateful to know that the camera was easy for strangers to use and easy for me to get the photos or videos into the social media world.

The editing software is also fun. There are a variety of filters you can use on your photos, from warming it up to cooling it down to antiquing it. And cropping, of course, for when a crazy person manages to photobomb you, which happens a lot at Dragon*Con. With 16 MB of storage you can save a lot of photos. Music is a different story, from what I hear from folks with massive music libraries.

That’s me with Elizabeth Barrial, the entrepreneur behind Black Phoenix Alchemy Lab, a family-run artisan perfume business. We “met” online in 2003, but this was our first time meeting in person. Naturally, I found the right filter to make us look more spooky and old-fashioned.
For two days, I was trapped at the convention with no hotel room, and this phone felt like my lifeline. I had service 95% of the time (pretty good for a convention hall) and was able to communicate with friends via Facebook and Twitter, not to mention keep up with my panels via email. When hotel wifi ran $21.95 per night, I was able to use the HTC One S as a mobile hot spot for flawless internet access. The sound was very good, the user interface was remarkably intuitive, and I even managed to set an alarm so I wouldn’t miss my 10AM panel. Whew!

The cons? When I finally figured out how to turn the camera around to take a pic of myself, I learned there was no flash on that side, which meant I couldn’t get a good pic of myself with the boys of the Vampire Diaries. I couldn’t download any apps, because it wouldn’t accept my Gmail password, for some reason–so I need to look into the problem on that one. And my big ol’ sausage fingers did have to get used to the keyboard, but it was my first time using an on-screen one, so that’s probably user error.

If you’re ready to make the leap to an Android phone, or you’ve got a grandparent who’s ready to step into the modern age and be able to get your kids’ texts or have a Skype call once in a while, this is definitely a great option. In other words, if I could use it…right.

Let’s just say I mailed the HTC One S back yesterday and already miss it. And Dragon*Con. ~Delilah
Find out more about the HTC One S at the HTC site. It retails for $599.99 without a T-Mobile contract but is available for $179.99 with a two-year contract renewal or $99.99 with a new contract. Monthly plans start at $39.99, and unlimited talk, text, and web is available for $79.99 per month. Check out plans here.