Disney Interactive, now on your Xbox 360 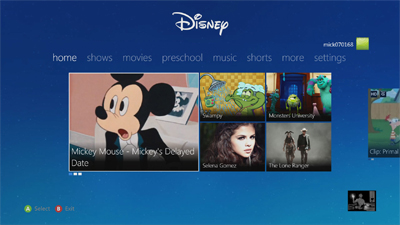 With so many families using their video game consoles to watch television programming, this news from Disney and XBOX is definitely something to get excited about.

The new Disney app for Xbox 360 will give families (like us!) access to some of the coolest programming. You and your kids will be able to catch everything from Disney’s original web series and classic animated shorts, to clips from Disney shows and the latest Disney movie trailers. If your family is an Xbox Live Gold Member, you’ll be in Disney heaven. Now, who’s got the game controller? -Kristen

The new Disney app for Xbox 360 is part of the Xbox Live Gold membership.