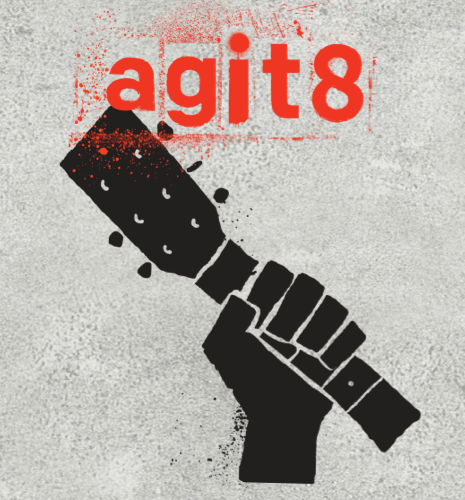 Social media can do wonders in pulling people together in support of a common cause. We’ve seen its impact on helping victims of the Oklahoma tornadoes, the Boston Marathon bombings and other catastrophic events. And for years, music has had the same effect through protest songs.

Now, in anticipation of next week’s G8 Summit, huge musicians and social media are coming together with an awesome week-long music campaign to put an end to poverty. And you can help without spending a dime.

agit8, organized by the amazing ONE.org, has pulled together some of the biggest names in the music industry to band together and release covers of new and classic protest songs. Big-name rockers like U2, Sting, Elvis Costello, Bruce Springsteen, Green Day and many others have created videos of these covers which are featured on the ONE site.

There’s a huge list of songs to go through, some classics (Blowin’ In the Wind, Free Nelson Mandela), some more recent. You can browse the whole list, or even sort by specific cause, like anti-war, anti-apartheid, women’s rights, and more.

When you click a particular song, like one of my favorites, Pride (In the Name of Love) by U2, you not only get the cover version video and the lyrics, but a history of the song and its relevance to this overall cause. Pretty amazing.

If a song moves you enough to share–which it probably will if you’re there in the first place–it’s just one-click to spread the graphic and lyrics via Facebook or Twitter with others who may not know about this campaign.

What’s incredible about this platform is that it is made so easy for you. Like all of ONE’s efforts, they never ask for money. What they enable you to do is visit the site to see all the amazing performances, vote for favorites, share lyrics and most importantly, join the cause to be part of the greater good to eliminate poverty.

It is their hope that through the power of social media and broader awareness around this issue, policymakers will take notice and take more drastic steps for ending poverty.

(And ONE happens to be pretty darn effective at impacting policy.)

As a parent, the statistic that 20,000 children die needlessly every day from extreme poverty is just unfathomable. What little things we can all collectively do to raise awareness and help support this campaign is absolutely worth doing. Not only does this agit8 campaign let you do that, but you can reap the musical benefits from it as well.

Check out the agit8 website for more information about ONE and the agit8 campaign.