The female LEGO scientist minifig: only a few hundred years after actual female scientists have been changing the world 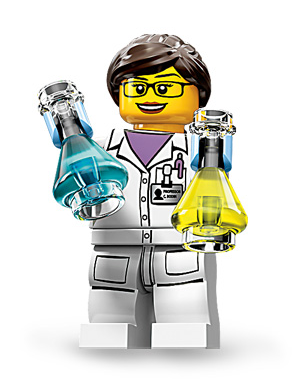 As much as we love LEGO, and have even made a case for the benefit of LEGO Friends, the company has still got a fairly wide gender gap. Fortunately, it’s clear they’re still working to close it. So we are pretty happy to see that LEGO has included a female scientist in its latest minifigure release.

And hey! Only 110 years after Marie Curie won the Nobel Prize in Physics!

(No kidding. Check out the collage of LEGO female minifig torsos on Scientific American.)

Cheers to LEGO for getting it right with this cool female minifig in their Series 11. It’s a good start. Because we look forward to many more female minifigs in a range of ethnicities, representing other STEM-related careers. –Julie