Piquing our geek: The Kapture bracelet can record all the hilarious things your kids say. 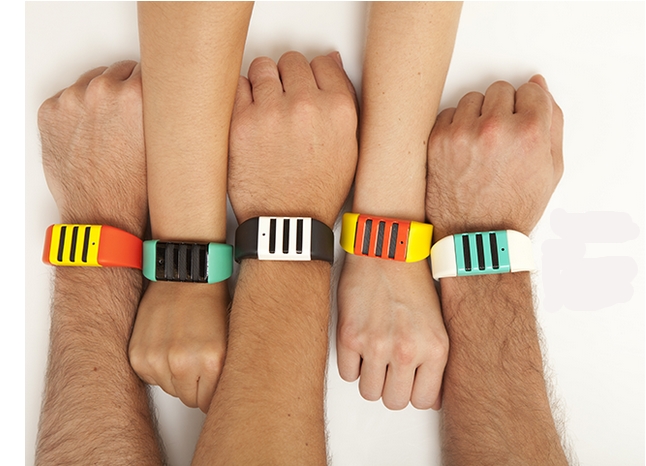 Whether your kids say the darnedest things or your inspiration always strikes while you’re driving the car, this cool new device makes it easy to record and file the moments of your life, seconds after they happen.

Would you wear this high-tech microphone?

Kapture is an audio-recording wristband that continually records on a 60-second loop, allowing you to save the last minute of your life as a sound bite in the Kapture app. That means you can be the first mom ever to record your baby’s very first laugh without knowing it’s coming–which gives you major bragging rights.

For as low as $75, you can grab a Kapture wristband in black and white and the app that downloads the audio to your smartphone whenever you tap the bracelet. There are more colors and configurations for a little more. And yes, they’re waterproof too.

If you think about it, it’s pretty cool for writers, musicians, people who always whisper what did he say? in the movies, and parents of small kids who often miss/forget those special moments that make such great stories at Thanksgiving. If I had a Kapture, I could finally prove to the world that my son thinks Cheez-Its are made out of Jesus.

And don’t worry about the NSA listening in to that convo about so-and-so’s nanny–the sound file overwrites itself until you choose to save and download the good parts. Still, would you wear it all the time? And what are the ethics (and legality) of basically recording everyone around you, whether you inform them about it or not?

As for me, I would definitely try it, since some of my best ideas happen while driving. But I do wish it came in purple.-Delilah

Contribute $75 or more to the Kapture Kickstarter before October 3 to get your own device and app which should ship around 3/14. For $299 get one with a gold grill. Swanky!