The LEGOLAND model builder challenge: Enter or just gawk like us. 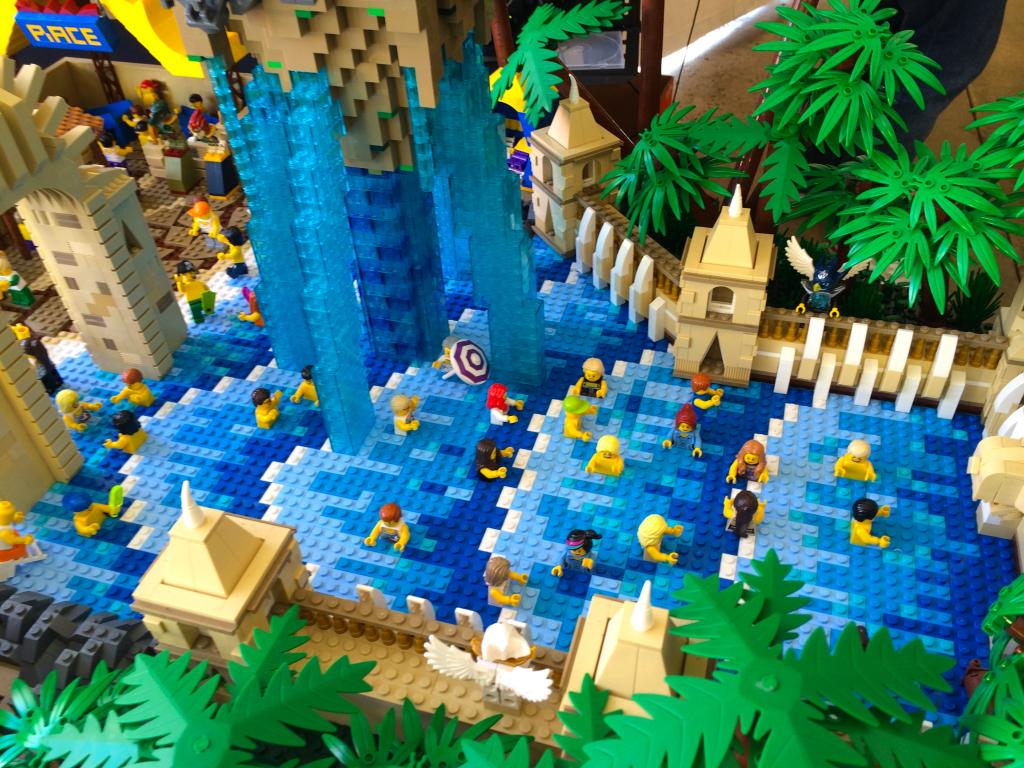 Well of course we’re obsessed with the LEGOLAND Model Builder Challenge. Our kids are all big fans of LEGO, and so are we, especially the blocks aren’t underfoot or getting sucked up by the vacuum. The LEGO Movie was a huge hit, and LEGOLAND California Resort is already high on our list of family vacation destinations. But with this summer’s planned opening of the Legends of Chima Water Park, LEGOLAND just got bumped up a few more notches.

Want a preview of what Legends of Chima might look like? Better yet, want to see it rendered in LEGOs?

LEGOLAND master model builders Rob McCarthy and Tim Sams have taken up a challenge to build LEGO models based on the new park, and they’re doing it for audiences in five cities. I took my kids to check out the first stop on their tour, here in Denver, and they were awed.

Next stop is Dallas on March 29, Santa Barbara on April 12, Phoenix on April 19, and San Francisco on May 3. If you’re nearby and you’ve got a LEGO fan, I’d definitely recommend watching Rob and Tim build in person.

Be forewarned: the Denver venue was super packed at first, and LEGO lovers nearly trampled each other for free kits (we opted not to enter the fray), but as the crowd thinned out, kids were able to spend plenty of time checking out the models and watching the builders — right up close.

Even if the challenge isn’t coming to your city, kids can vote for Builder Rob’s or Builder Tim’s creations on the LEGOLAND Facebook page, for a chance to win a four-pack of LEGOLAND park hopper tickets. We’re in.

For all the details on LEGOLAND Model Builder Challenge and Legends of Chima Water Park, including upcoming dates and venues, check out their Facebook page.