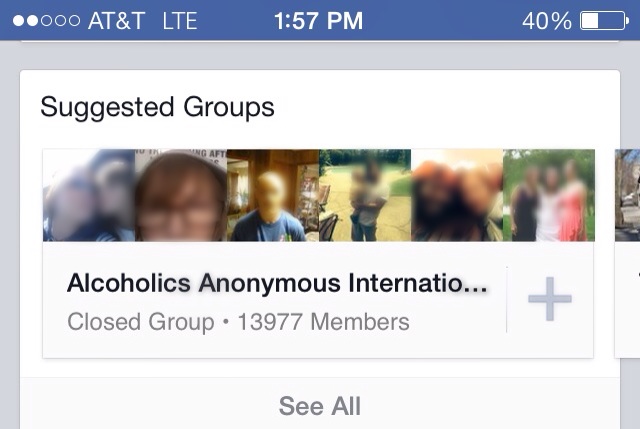 If you’re like me, you get a ton of promoted content from Facebook, including a slew of recommendations for groups that you may want to join. Some of them are open–as in, hop on in, like the page and you’re done!–while some of them are closed and require approval. However I was pretty shocked today to receive a suggested recommendation for Alcoholics Anonymous, which, as you can see, wasn’t quite so anonymous.

While I’ve blurred out the faces, these are actual group members and surely aren’t aware that their avatars and images are being used to promote a closed group in which they probably feel some assurance of privacy.  And from what I understand from speaking with group administrators, “suggested groups” are not promoted by them directly, but by Facebook, in order to pull you into more groups and keep you on site longer. 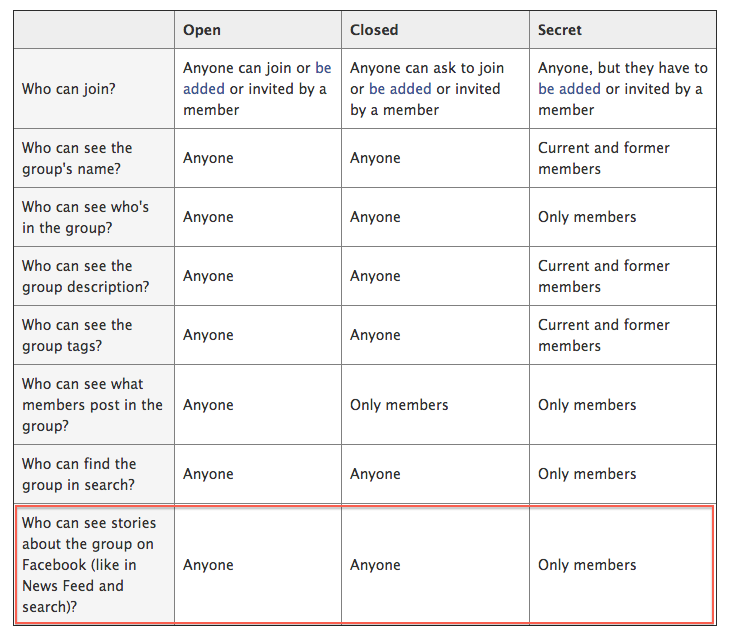 Personally, I think the promotion of AA is a big Facebook algorithm fail. However I do understand that in order for an organization like this to remain accessible to new people who would find it valuable,  the unfortunate tradeoff is the privacy of its members.