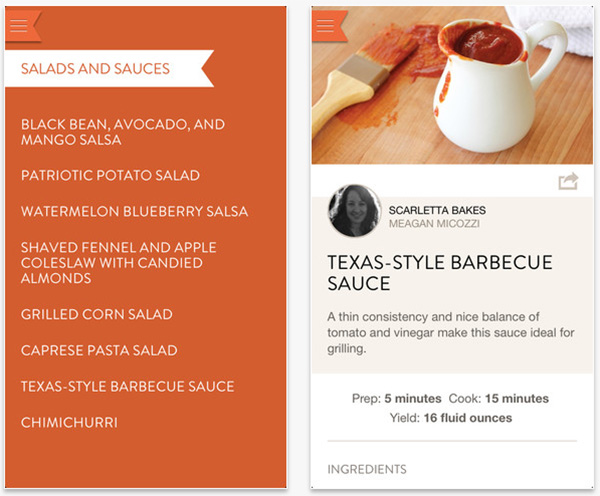 One of the things I love best about summer is that we go into full-on BBQ mode. And while my husband primarily holds the reins on the tongs, I like exploring different recipes and fun summer dishes, which is where these great BBQ apps and cooking apps come in handy. Of course, then I get to reap the benefits of the amazing smells and tastes that magically appear from the smoky flames. New technology meets very very old school cooking. 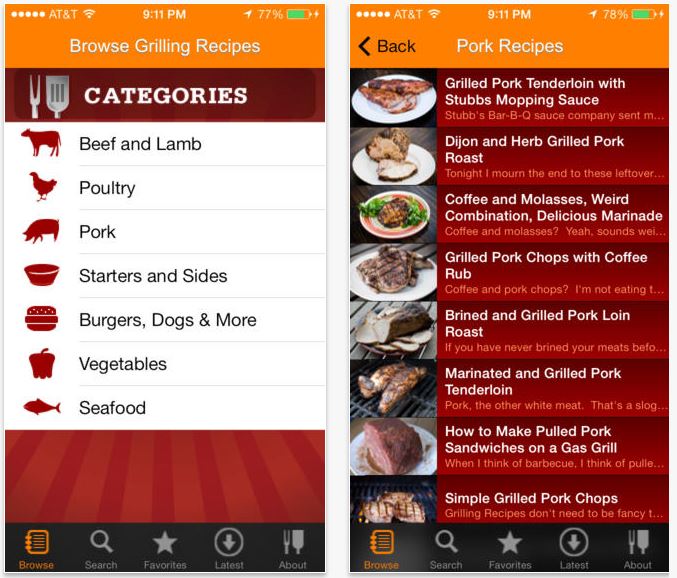 Whether you’re an avid carnivore or you’re over the moon with a good veggie burger, Grill-It (shown above) provides a plethora of recipes for anyone who loves charred lines on their food. The app comes with tons of recipes that cover all kinds of meats, fish, sides and appetizers. Makes me ready for the next outdoor cookout. ($1.99 on iOS; $0.99 on Android)

Weber On The Grill app

Who better than to give BBQ advice than the grill masters of Weber? This app is pricier than the others but not so much compared with a good cookbook. And it not only includes tons of yummy recipes for the grill including homemade rubs and sauces for the purists out there, but also grilling tips, shopping list help, and a timer to ensure that your prime rib is grilled to medium-rare perfection. ($4.99; iOS and Android)

Your cousin wants his steak rare, your sister wants hers medium, Grandma wants hers medium-well and the person manning the grill has a big responsibility. Don’t let the simple name fool you: the Steak Grilling Timer is so genius for these situations. It eases some of the timing issues by tracking multiple steaks cooking at one time, based on cooking preference and cut of meat. The graphics leave something to be desired, I must say, but functionally this app gets the job done. Or well done. (Free; iOS and Android)

This app goes way beyond just BBQ with thousands of recipes, tools for menu sharing, menu storage and even help with your grocery lists. You can even import recipes you like from other websites and keep an ongoing log of the amazing BBQ recipes you want to try. And if you’re me, that’s a whole lot. Not bad for a free app.  (Free; iOS and Android) 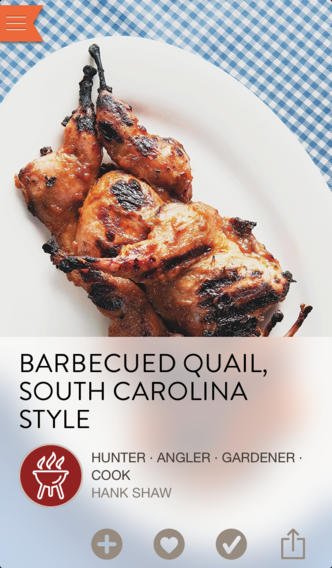 Probably the prettiest app of the bunch (so of course it’s just for iOS), Foodie Recipes hails from Glam Publishing. The app is packed with cookbooks that each curate the best recipes from pro chefs and foodies and I love the full color photos and step-by-step instructions. There are new releases each month, and this month’s Summer Salads edition features amazing and gourmet recipes I’m dying to try at my next barbecue, starting with Lemon Parmesan Kale Salad and Roasted Beet and Carrot Salad. Like that won’t totally impress my neighbors. (iOS)