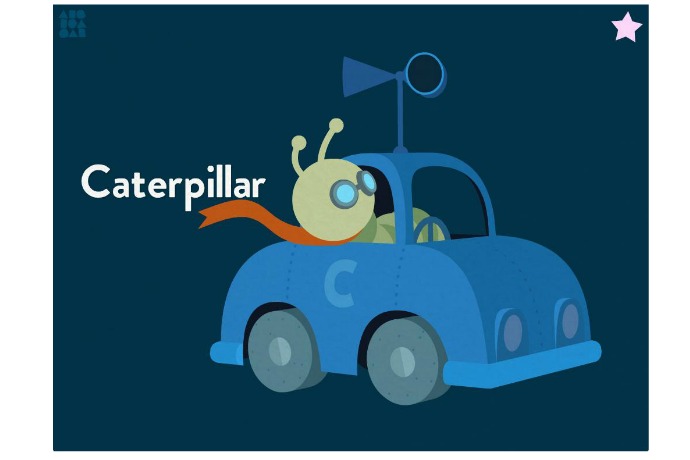 I’ve always been partial to kids’ apps that play around with words and letters. They just feel like good, clean fun. And after trying out the new Metamorphabet app, I have just three words, ten letters: So. Much. Fun.

The idea is simple, but super cute and playful. With a touch of your finger, each letter of the alphabet is metamorphosed (get it?) into a short series of fun interactive vignettes. The letter B grows hair at its base and becomes a beard. Another tap of the screen, and a yellow beak juts out from the top loop.  Keep tapping to see the beak open up and a bunch of cute, buzzing bugs come flying out. With each metamorphosis, the corresponding word appears and a voice says it, clearly and evenly.

The app is aimed at the 6-8 year-old set, but I feel like it plays a little younger. Kindergarteners feel more like its wheelhouse. But then again, I’m — ahem — a little older than that, and I was having a blast.

The only possible cause for pause is that at $4, the app’s price is on the high end. Still, it’s really well done and a fun way for kids to find their way through 26 letters.

Metamorphabet is available on iTunes for $3.99.