Got internet trolls? Troll Cakes kill them with sweetness. 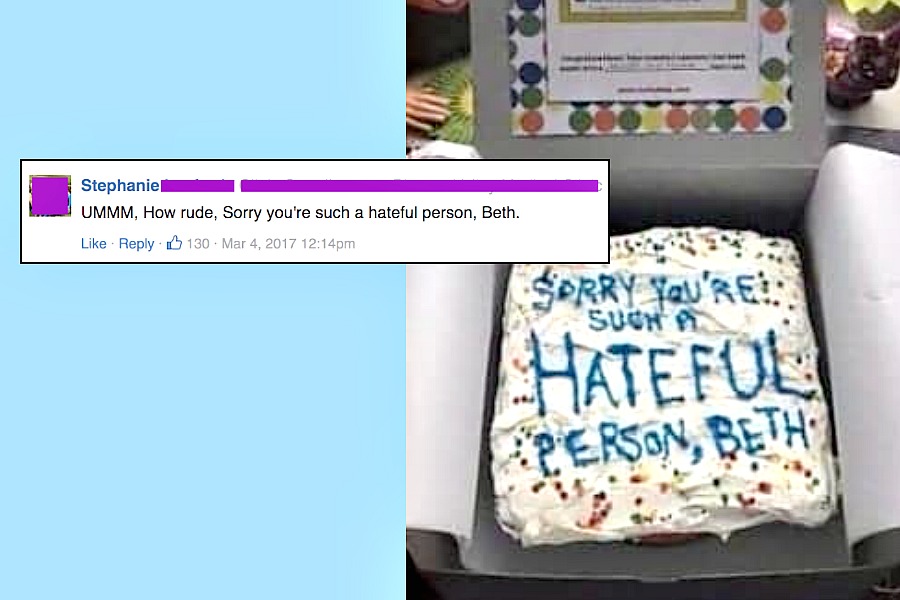 I can’t stop laughing at this concept: It’s called Troll Cakes and yes, it’s real. The premise is that you send Brooklyn baker Kat Thek any hateful message you’ve received — Instagram, Facebook, Twitter, Snapchat — and they will send them a cake with their own words written on it. They’ll even track them down for you if possible, for a fee.

Of course while the idea is hilarious, I’m not sure I have the pressing need to send a pricey cake to the next no-life troll who fills his days writing MOM’S R STUPID COWS on social media. I might prefer to send them a copy of Strunk & White.

On the other hand, I would love to reclaim the language (see also: Nasty Woman)  by sending that very message on a cake to Kristen. Then we can laugh even harder than we did about the original tweet and afterward, well, enjoy some tasty baked goods.

But you do you.

Let’s just say someone ordered this cake to send to the White House. So when they say they will deliver anywhere, they mean it. In fact, deliveries to 1600 Pennsylvania Ave are even discounted.

However one thing I would like to point out: Kat is obviously hilarious but she’s not a cruel person herself. She even has a note on her site to make clear that while her cakes are nut-free, she wouldn’t send one to someone with a nut allergy. I like her already.

h/t Women You Should Know