If your kids are gamers, here are 8 tips for raising kids to have good gaming etiquette 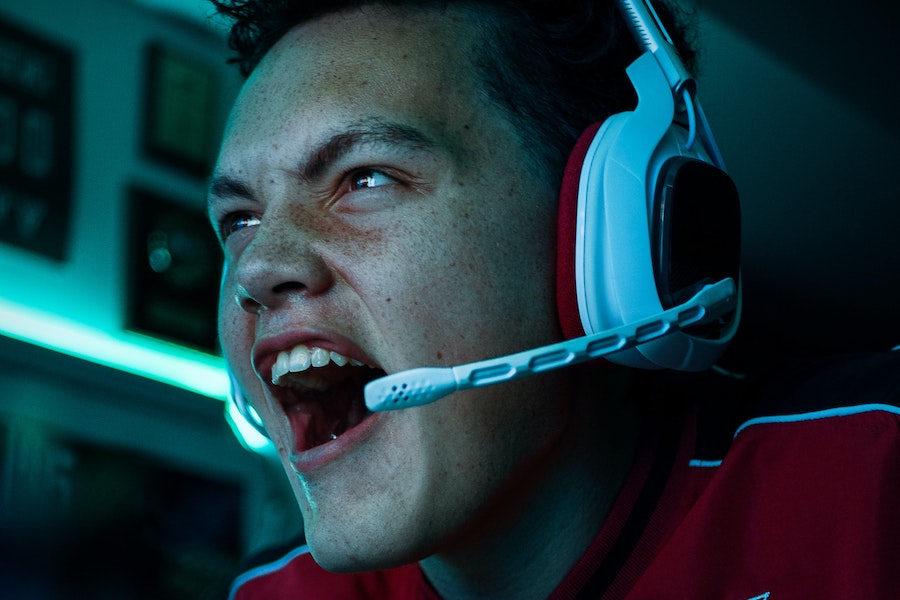 My teenage son and his friends are avid online gamers, so I recently broached the topic of good gaming etiquette for kids and teens with them.

“What?” they asked, “You mean like when people tell you to go kill yourself when you mess up?”

I knew this kind of thing happens, but my mama bear came out. These are good kids, Kind kids. The kids who help with chores when they come over for dinner, and invite our 7-year-old to go swim with their teen friends…and actually play with her the whole time.

To hear how commonplace trolling and verbal abuse is for them while gaming was unsettling.

The truth is, the gaming community can be really fulfilling for teens, but maybe we need to have discussions about more than just how much time they spend doing it. Bullying is real and mental health concerns are ever-present, even where we as parents may not entirely expect it..

Despite the negatives,, my son loves gaming and I see his desire to make the online world a better place. (Even if he’d never say it that way!)  So, after our conversation, I researched some tips for building good gaming etiquette in your teen.

Related: How do I keep kids safe on social media? | Guide to Digital Parenting 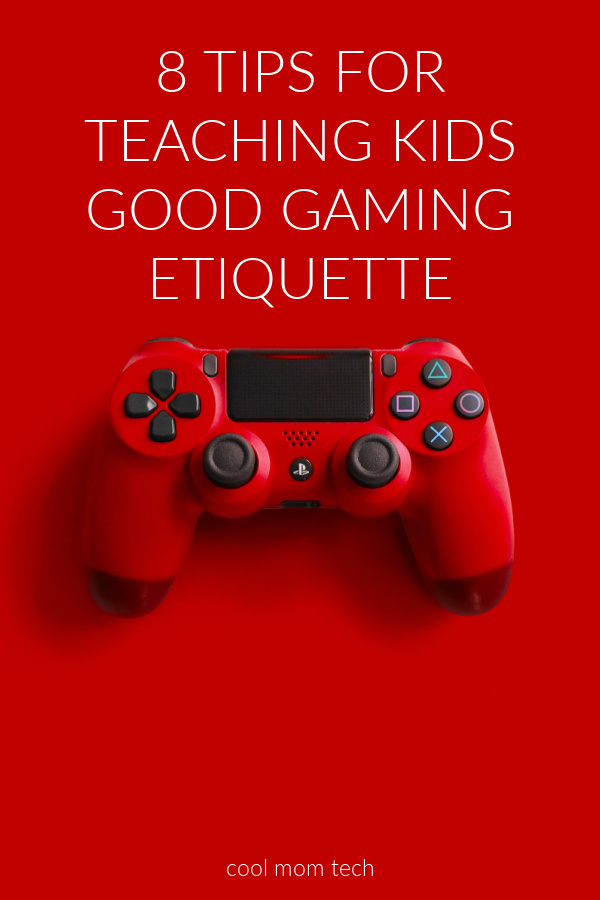 1. Remind kids that they are playing against real people.

It is so tempting to forget that the action happening on your screen is controlled by a real human in another living room somewhere in the world. The first step of good gaming etiquette is to remind your kids of this often and encourage them to take a breath and remember that before they type anything out of anger or frustration in a chat.

We can model this for our kids, too! When you’re hanging around the living room, watching your child play, don’t say negative things about the their opponent in the privacy of your home that you wouldn’t want your kid to repeat in a chat directly to them.

For Gen X and Millennial parents, it might be hard to recognize, but your kids’ gaming friends can be as important to them as their school or neighborhood friends. We’ve always said that online friends are real friends — for adults too. This became even more evident to me during quarantine, when my son’s in-person interactions with IRL friends was so limited.

Honor those connections the same way you would their other friends … if your kid thinks of them that way. It will create more harmony in your house, and it will encourage your child to treat their gaming teammates or friends with the same respect they would real-life friends too.

Related: Are my kids spending too much time online gaming during quarantine? We asked an expert.

Before your child starts an account with a new game, read through the community rules together. Part of good gaming etiquette is understanding what’s allowed and what isn’t. Gaming forums are serious about their guidelines (yes, some more than others), and you can get kicked out —sometimes permanently — for not following the rules.

Note: This is a helpful rule about good gaming etiquette for you to know as a family, as well. For example, in some games you can get banned for leaving in the middle of a game — you’re abandoning your team, causing them to lose experience and rank. This even goes for Words with Friends! So if you’re demanding your child turn it off right now to come to dinner, that could have implications kids beyond your own child.

It’s best to know the rules and make an agreement about how you’ll both handle them before they start playing.

You can also create house rules that go beyond what’s in the game. Like, no screaming at the TV in frustration, no tossing controllers when you get mad. You know, perfectly reasonable requests, say this parent!

4. Remember: anything you write (or say) can become permanent

Remind your kids that as with anything digital, anything they say or write online can be used against them. Even if they think a chat room will disappear, remember that other people can screen shot or photograph what you say in a second.

While it’s an “instant” world, model for your kids that it’s okay to take a moment to think before you respond. Warn them against getting baited into lashing out. (In fact, remind them that it’s actually a strategy some players use intentionally to get higher ranked players kicked.)

Bottom line: If you wouldn’t want the comment next to your profile picture forever, then don’t write it in a chat. That’s not just good gaming etiquette, that’s good digital citizenship in general.

Related: Why are kids watching other people play video games? A tech expert weighs in.

I once saw a viral post about a group of teenagers who had stumbled on a tween playing Fortnite by himself near the beginning of the pandemic. The kid was bummed — it was his birthday, and all his plans had been cancelled. So, this group of older guys rallied together and decided to make this kid’s night incredible by getting him as much loot as they could in the game.

They were strangers, but they made a total stranger’s (and his mom’s) night with this random act of kindness.

For most of our kids, time spent gaming is a reward or a break for them. They think of it as “me” time. We can still encourage them to look at it as a chance to make the world a little better for someone else too — whether it’s praise for a younger player in your group chat, a few minutes spent helping a friend get better at the game, or raiding together on Fortnite so you can present a 12-year-old with the coolest virtual birthday loot ever.

6. Embrace the diversity in the gaming community

My teen plays Overwatch a lot, and it’s fascinating to see kids (and yes, some adults) around the world who he connects with on a regular basis. It’s helped him learn about other holidays, traditions, and cultures simply by virtue of the fact that one player had to get off to go celebrate Chinese New Year with their family, or head to synagogue for Friday night services.

Also, discrimination can happen inadvertently with an absent-minded “that’s weird” comment in response to a cultural reference that’s unfamiliar. Encourage kids to ask respectful questions so they can learn about other traditions instead of being snarky.

Related: 5 important digital parenting questions we should all ask ourselves

7. Empower kids to speak up when the conversation goes negative… or worse

Of course there’s also the matter of blatant racism, sexism, and hate that can be rampant in some gaming communities. I know my son has seen insensitive or downright bigoted comments from players. Be proactive with your kids about how to address this (“this is not okay with me” for example).That’s a huge part of good gaming etiquette.

When the bullying or negativity starts in an online game, empower your kids to stop it instantly. If you sense that this is something that would make your child nervous, arm them with a list of positive comments they can use in response to online bullying.

Also know that negative-talk isn’t just something that happens around bullying. I’ve watched my son speak up to encourage his team after a disappointing round in a tournament, pepping them up to focus on what they can do better next time while they were spiraling in self-doubt. Just like you’d want your kid pumping up their teammates on the soccer field or before a big performance, prompt them to spread positive enthusiasm to their online friends as well.

8. Remind gamer kids to check on their friends’ mental health.

Finally, when it comes to good gaming etiquette, encourage your kids to check in on their friends regularly.

The gamer kids I know have all discussed having to take a break and just step away from a game, because the conversation has spiraled to an unhealthy place. (Which is actually very healthy and self-aware of them.)

Your own kids might think, “Oh, my friend is fine. They don’t care that someone told them they suck. It’s no big deal.” But comments like that can really stick with kids, some more than others, even ruining their day. If your kids see a friend — whether online or IRL — treated badly online, nudge them to check in regularly to make sure they’re okay.