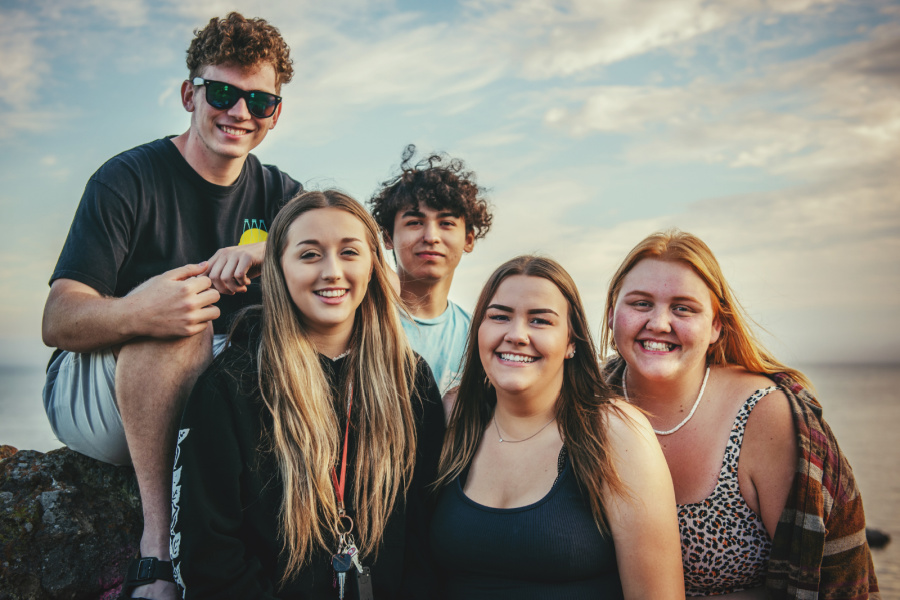 With back-to-school around the corner for us (and here for many of you), I always like to take some time to have tech conversations before things get super hectic. Whether your kids have their own phones or not, these tech conversations still apply (in many cases), and can help you avoid potentially awkward or even dangerous situations later.

I’d suggest doing something fun while having these conversations—like back-to-school shopping or a late-night ice cream run—and defaulting to the attitude that “you make good choices and you probably already know this” versus any sort of approach that makes them feel like you think they’re not capable. That doesn’t tend to fly well with tweens and teens, and will definitely make them more hesitant to talk to you if you have issues. 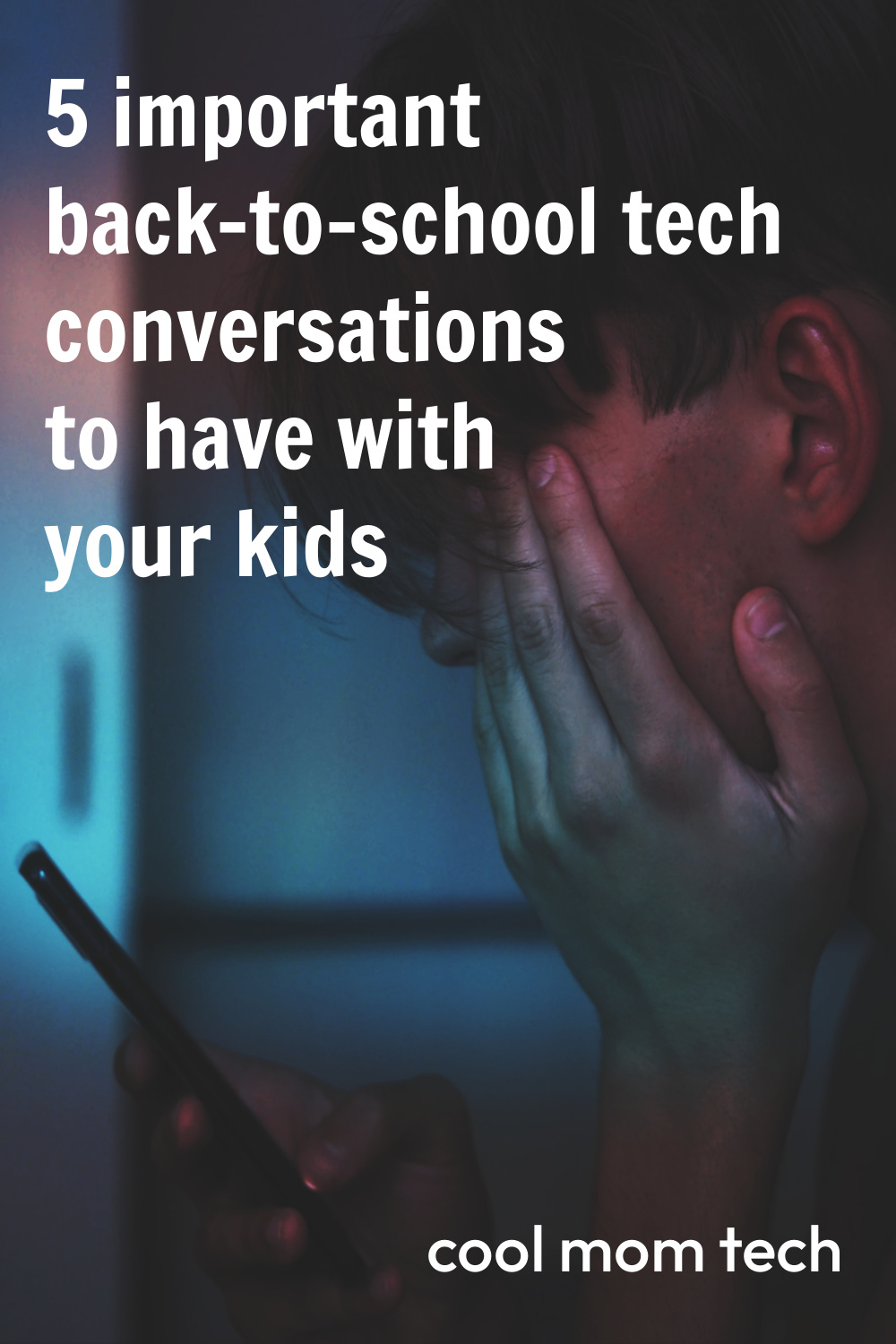 Only school stuff goes on school computers: It can be pretty tempting to just pop over to a gaming site (or streaming platform) after your kids are doing their work (or let’s be honest: during), but school computers typically have some pretty decent tracking software. In some cases, your kids won’t really be able to visit those entertaining sites, but if they’re sending personal emails or messages using the computer, that can all be viewed (and confiscated). It’s imperative that kids understand that their school computers are 100% only for school work.

Private doesn’t necessarily mean private: It doesn’t matter if your kids have “private” social media accounts. Whoever is following them on those accounts can still screenshot and share those images or messages without them knowing (though on Snap, your child will get a notification if a screenshot is taken). Whether or not their account is public or private, you’ll want to remind them that unless they’re comfortable with anyone seeing their photos or messages, they should not be sending them.

You cannot take back texts: We’ve all probably learned this lesson the hard way as an adult, but it can be extra difficult for kids. It’s ridiculously easy to screengrab a text message and share it, and worse, it can be taken completely out of context (trust me, I’ve had this happen and it is not awesome). Texting, in one form or another, is how kids communicate, and they often don’t think about what could happen if a friendship turns sour or they get into a fight. So, a simple reminder that there are no takebacks when it comes to texting is important.

Related: How do I keep my kids safe on social media?

Your phone is your phone (and the same goes for your passwords): Remind your kids that they are the only ones who should be using their phones. I’m pretty strict with this rule, and if I get a text message from another person (even if it’s silly) on my kids’ phones, they hear about it. Not only is it expensive, but your kids will be responsible for whatever is found on their phone. I had a personal circumstance where I saw a series of messages that didn’t sound like my child, and as it turns out, her friend had asked to use her Instagram account on  my daughter’s phone because she had been banned on her own. Lesson learned. And yep, the same goes for passwords too. I suggest parents have them, but kids should not be sharing them with anyone.

You can always talk to me (and I promise to listen first): If it’s not clear to your kids, they need to know that if there is an issue related to social media or anything tech related, they can talk to you and that you promise to LISTEN FIRST. I say this in ALL CAPS because if they think you’re just going to scold them right off the bat, they’re not going to talk to you about any problems they might be having. And, look, you want them to be talking to you! So, while I never say “no questions asked,” because, I’m going to have questions, I do remind them that I will always listen and try to get a full understanding first.

This also relates to some new policies schools are instituting, where they are requiring kids to hand over their phones for inspection if an issue arises. I’m not going to get into the specifics of those policies, but I will say that my kids know that if any school official asks to see their personal property, they are to ask to have a parent present or that they must speak to their parent first. I’d suggest checking on your own school’s policy, and figuring out a plan with your child in case this happens.

Bottom line: Kids are learning the ins and outs of technology, and in many cases, like us, they’re going to mess up. But if your kids are struggling with these considerations, I’d suggest thinking about dialing back their phone use until they’re able to understand. I’m all for natural consequences, but some of those can be pretty serious. As a parent, I wouldn’t send my kid out on the road in a car without a license and lots of practice, even if they were old enough to drive. The same goes for phones.