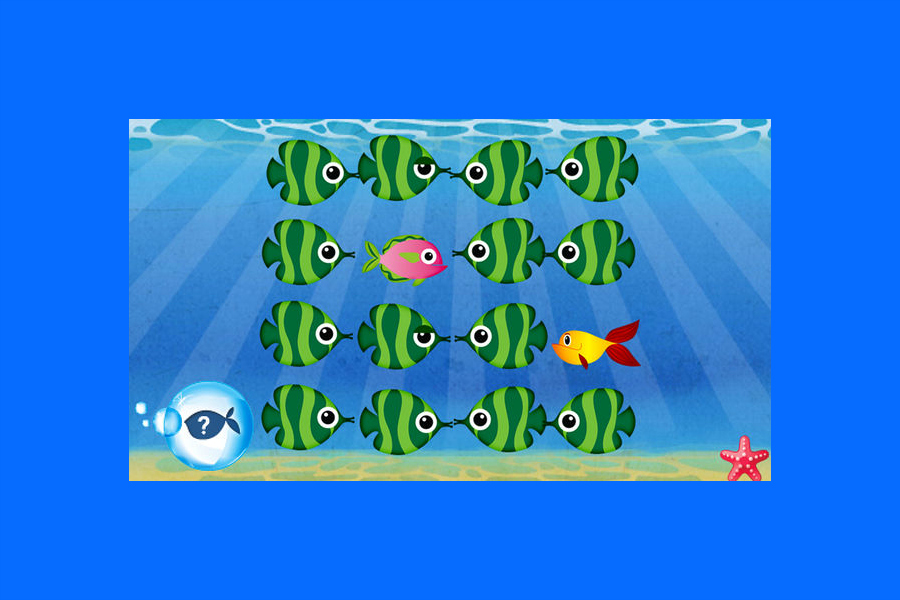 So it’s become pretty clear that iPhone apps can be God’s technological gift to parents wanting to avoid toddler meltdowns in restaurants and pediatrician offices. Some of my favorite apps for the younger set come courtesy of Duck Duck Moose, which is slowly taking over the “educational app” category with their graphically clever learning games.

When your 2-4 year old is ready to take those Sesame Street concepts a little further, they’ll love Fish School which uses funny little fishies, humorous sound effects, positive reinforcement, and an incredibly simple interface to help teach letters, numbers, shapes and more. The sweet child’s voice telling you to “touch another fish” or saying “bye bye” sends my kids into the cutest fits of giggles every time.

For slightly younger toddlers, we first discovered Wheels on the Bus about a year ago. It was genius for helping my then two year-old get the hang of basic touch-screen activity–changing screens, opening and shutting the doors, honking a horn, making a chef hat bounce up in the air.

It also lets you change the tune (which admittedly grates after about three verses) to vocals in different languages or slightly less annoying instrumentals.But the best part may be that you can record your own self singing and play that instead.

Just uh, remember to keep the volume down in public.