A sneak peek at the new Disney Infinity gaming platform 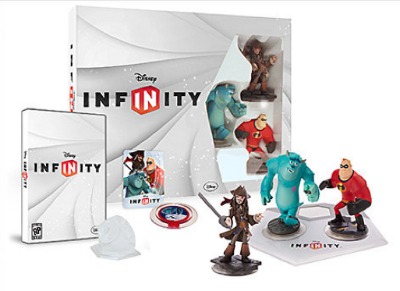 Earlier this year, we gave our readers a heads up on the new Disney Infinity platform that so many parents (and the gaming world at large) are looking forward to. And now there’s a more info plus a sneak preview video that, well, you might want to keep away from your kids for now. Unless you like hearing Is it here yet? Is it here yet?

The premise seems much like Skylanders–interaction between actual Disney character toys and their images in the games themselves. And come on, we all knew that technology would be coopted sooner or later.

So far, playsets include popular Pixar movie franchises like Monsters Inc., Pirates of the Carribean, Cars, and my favorite, The Incredibles. You’ll get the game disc, a base for the characters, a starter playset and figures, codes to unlock the online content, plus optional add-ons like the Incredibles vehicles, or other supporting characters.

If you’re jonesing for more info (raising hands here), check out the first of a series of Disney Infinity videos on their blog, which include developers like my hero, John Lasseter, who describe the inspiration for the platform. I never get tired of hearing he and his colleagues describe with so much passion, their commitment to play, fun and imagination, mostly inspired by watching their own kids.

Also, parents will be relieved to see that from videos and various screenshots, that it looks like all the sets are compatible; Mr. Incredible can kick a soccer ball with Woody, Mike Wazowski and Captain Jack Sparrow all in a single game. Phew. –Liz

Disney Infinity is available for pre-order now through their site or our affiliate Amazon. When we’re able to do a full review, we will!