Would you pay to cheat on Angry Birds? 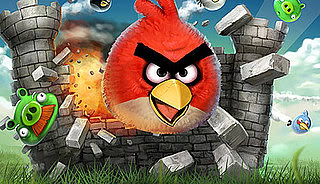 I admit that I’ve been completely sucked into the Angry Birds craze, as has my entire family. So much s,  that my kids know exactly what level we’re stuck on.

So I have to admit that my interest was piqued when I found out that you can now up your game with a paid cheat that’s kind of intriguing.

The new Angry Birds iPad app update features 15 new levels as well as cool themes and support (although maybe support groups would be better). Plus you can earn a
Golden Egg award. But the big kicker is that you can now pay $1 to get a
Mighty Eagle, which, if you haven’t played, is the mother of all birds
and can kick some serious butt.

However, it does seem a bit like cheating; I
mean, I’m a rule snob and technically you should be able to complete the levels without it,
right? On the flip side, if folks have been stuck on a level as long as
I have, I can get their frustration and desperation.

So, Angry Birds fans – would you buy the Mighty Eagle for a little extra help? And if you haven’t played Angry Birds yet, let us introduce you to its awesomeness. Don’t blame us for your addiction, okay?  Android users, you should get your chance at an Eagle sometime in the coming year.