Video for those of us who don’t mind looking old 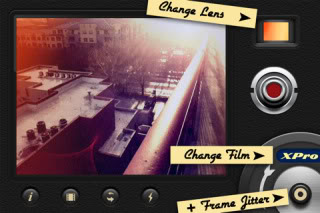 Unless you’ve been living under a rock you’ve probably seen a picture or two shot with one of the retro-inspired apps, like Hipstamatic, which create images reminiscent of a 1970’s Polaroid picture. My favorite thing about those apps is that they make almost anyone photogenic.

Well, why stop with still pictures? Put that iPhone video function to work!

8mm-vintage camera (pretty on the nose, right?) turns the clock on your high-tech iPhone video camera as far back as the 1920’s. There are a several “lenses” which recreate the film quality (or lack thereof) from different decades. The older ones include light flares, film scratches, and you can always add a few jump frames in for good measure.

It’s definitely not how you want to film your child’s school play, but it’s a great novelty app. The best part is that you don’t have to worry about transferring those old canisters of film that your parents shot of you when you were a kid.

Oh, warning: unlike the photo apps, this doesn’t guarantee you’ll always look camera-ready. You’re on your own for that.-Betsy

Download the 8mm-vintage camera app for $1.99 at the iTunes app store.

Betsy Cadel is a blogger and marketing consultant, and a former contributor to Cool Mom Picks
Bio
Twitter