Breaking News: Flip Cams are going the way of the Betamax 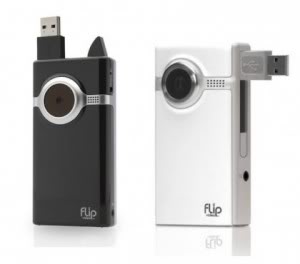 Now that smart phones have become everything to us, including our video cameras, it seems that Cisco is killing the Flip Camera along with their entire consumer division. Interesting considering just this week, there was a scheduled press event around “a new groundbreaking Flip camera” whose launch was then mysteriously put on hold.

According to the press release, there will be some sort of transition plan for those of you using FlipShare. But for the rest of you? Grab a Flip now if you’ve been meaning to get one, or if you think the ‘rents will appreciate one for Mother’s or Father’s Day.

We can’t say we’re entirely surprised. Although there are some of us who do still like using real cameras and real video cameras with better quality than we get from our smartphones.

What do you think? Were you a Flip fan or is all about phones for you these days? –Liz