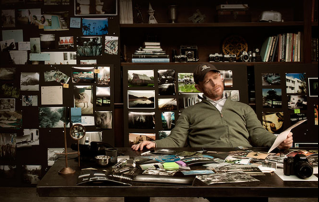 If you’ve ever wanted to star in a Ron Howard film, you might just have your chance now, thanks to his exciting new collaboration “Long Live Imagination” with Canon.

This exciting project and “Project Imagin8ion” photography contest is kind of blowing our minds, considering it will be the first ever to inspire a Hollywood short film.

Basically Ron Howard and Canon USA have collaborated to invite folks to submit our own imaginative photographs in any of the eight “movie” themes, with the winners being turned into an actual short film that will premier this year in NYC.

It’s such a 2.0-y way for a director to find new creative inspiration and bring the public into the art of movie making. Especially for someone like Howard who has been part of the Hollywood system for so long to try something so inventive, it really makes me wonder where art and technology will merge next. -Kristen

For more information about Canon’s Long Live Imagination program and their Project Imagin8ion contest, visit the Project Imagin8ion YouTube page and enter before June 14. But be patient. Not surprisingly, they’re fielding lots of entries and are still working out some of the kinks