Piquing our Geek: The Tempdot Faucet 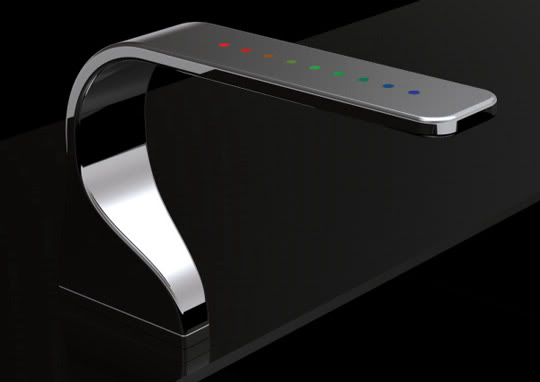 Every mom knows that fear of letting a toddler turn the faucet on and off by herself for the first time. I remember loving my daughter’s independence, but being a wee bit panicked that she’d crank the hot water too high and scald herself.

Was it a major fear of my life? Not particularly. But still, it’s part of the reason this very cool faucet idea made me raise an eyebrow.

The Tempdot faucet concept by Jaeseok Han of Yanko Design, aims to color code temperature settings so that with one touch, you get the perfect lukewarm but not quite hot temperature your kiddo needs to get scrubbing. You just touch the button you want for the right temperature, then tap it again to turn it off.

The proposal includes some sort of battery that’s recharged with running water, so the concept is eco-friendly too. Provided I could control the flow too, I would totally look into one. If no other reason than because I would feel like Judy Jetson in my bathroom every day. –Liz