Protect your iPad from the elements. Of cooking 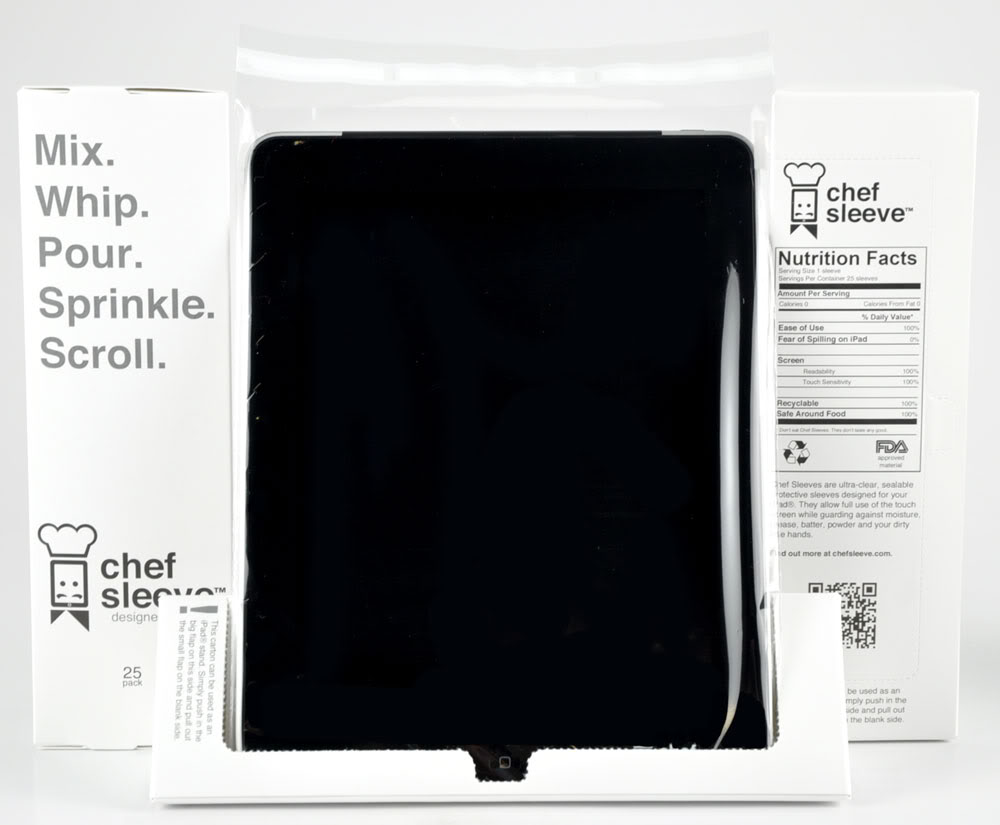 There are many times when I rely on my iPad for recipes while cooking. But out of sheer concern that I’ll get bread crumbs or flour stuck in the crevices, I keep the device far away; usually on the kitchen table, while my prep area is on the other side of the room on the counter. Probably not the most efficient way to cook.

I recently heard about a protective cover for the iPad called Chef Sleeve which is meant to address this very issue. And it does. Chef Sleeve is a disposable, 100% recyclable, crystal clear protective bag that you place the iPad into for insurance against a poorly aimed egg crack, a spilled cup of water or helpful (but messy) little sous chefs who insist on stirring the pancake batter. There is an adhesive seal that keeps messes out and keeps a clean iPad in. (But note, this seal is not waterproof.)

The touch function still works through the plastic and there is no degradation of visibility. After you’re done trying out that new brownie recipe, you can remove the sleeve and recycle it.The packaging is really clever and also can be used as a stand for the device. Imagine all the extra brownies I can make now, not having to walk to and from my iPad across the kitchen. -Jeana