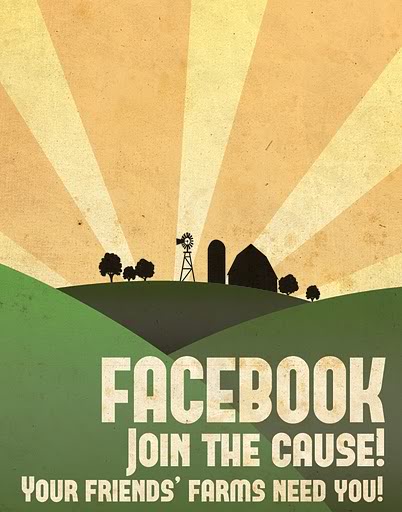 What happens when you merge social media channels, early 20th century propaganda artwork, and the twisted humor of designer Aaron Wood? A series of truly fabulous posters that are going viral as quickly as those LOL cats.

I first spotted them on Google+ (which is evidently now for more than talking about Google+), and now they’re making the rounds. The Facebook Propaganda poster cracks me up–Farmville aversion, anyone?–but the Twitter and G+ posters are equally inspired.

While you’re at the shop, don’t miss the European style +1 sticker for your car. I think it only works if your car is really really crappy. Or you are really, really geeky.  –Liz