7 reasons the iPhone 4S is made for parents 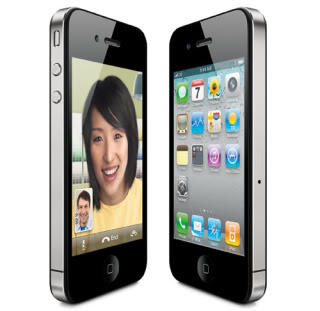 If you follow Cool Mom Tech on Twitter, then you know we were pretty excited about Apple announcement of the iPhone 4S yesterday. In fact, we weren’t the only ones–the news actually crashed the Apple Store site yesterday!

Sure, maybe it’s not an iPhone 5, but after hearing about all the cool features and upgrades to the inside of the phone, we’ve got seven big reasons that moms like us (and you!) will be marking our calendars for October 7 to pre-order the 4S.

As we all know, we parents are master multi-taskers. We’re ordering take-out while changing diapers, and hitting Google maps for directions with a car full of little gymnasts. The new A5 chip is going to make a huge difference–it’s the same one that’s in the iPad 2. Download speeds should be doubled from the iPhone 4 too, meaning you can get your hands on that Angry Birds upgrade faster (heh).

2. A New and Improved Still Camera

We think this might just be the most exciting new feature, especially if you’re like me and use your smart phone as your primary camera. With the iPhone 4S, you’ll be getting 8 megapixels, a much better lens, and more light, all of which are bound to help you take better pics. As tech writer Nick Bilton put it on Twitter, “RIP point & shoot cameras.”

Of special note for parents: 30% faster picture-taking is super helpful when you’re trying to catch speedy tots and restless kiddos. I sure know I’ve missed some great smiles with a too-slow shutter.

3. A New and Improved Video Camera

Not surprisingly,  I use my iPhone as my video camera as well, so I’m looking forward to the ability to catch super clear footage of ballet recitals and neighborhood scooter races with 1080p HD video with new optics and smart stabilization technology. What’s super handy is that new built-in apps will even let you edit your videos right in the iPhone so you can shoot them off to the grandparents or post on a blog or Facebook. Amazing.

First of all 4S is looping in Sprint service which means more families that already have Sprint plans now have an iPhone choice.

Also, the device is finally a world phone, which means that you can easily roam across networks when you’re traveling. This is such great news for military families, and those with friends and families around the globe. Since my husband travels frequently for work, this is a pretty exciting development for us; prior to the 4S, we’d sometimes go a few days at a time without talking due to the different technologies between North America and the rest of the world.

With the iPhone 4S, you’ll be able to manage your entire life nearly wirelessly thanks to iCloud, which will store all your data — music, photos, documents, files — and push it to all of your devices, no syncing required. That is one huge less step we busy moms can definitely use. Plus, you’ll also be able to stream movies to and from your HDTV, even print (yes print!) without any extra software, drivers, or cables.

I think I just got the chills.

Charging your phone each night seems like such an easy task, until it gets forgotten somewhere between “eat just four bites of spinach”  “no you may not read another book before bed.” Well now the iPhone 4S will allow for 8 hours of talk time on a 3G network (up from the previous 6 hours), as much as 6 hours of internet use, 10 hours of video playback, and 40 hours of audio. This is such great news for moms whose phones also function as their family entertainment center.

I might just be most excited about Siri, a real live, fully functioning voice command system. In other words, you’ll be able to use your phone just by talking to it. Yesterday’s demo was nothing short of amazing–Siri will do everything from send messages and setting reminders to making phone calls and scheduling your appointments. No kidding. Think your own personal assistant, which is something any parent–especially this mom–will never say no to.

Now all we’re hoping for is a fully waterproof phone body. If we can cross “toddler toilet mishaps” off the list of potential iPhone pitfalls, we’d call this phone perfection. –Kristen

The iPhone 4S starts at $199 for 16GB and will be available for pre-order from the Apple Store on October 7 and in stores (and shipping) on October 14. Will you be getting one? Do tell!