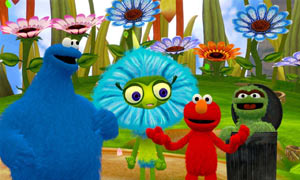 By now, the Wii, Xbox 360, and Playstation 3 family competitions have become a big part of holiday time rituals. If not, it totally should be. Do you know the photo opps you can grab of one precocious 4 year-old making a go of an Abba Dance game?

If you’ve got an XBox with Kinect, you’re in luck. They’ve got a slew of new games to consider stocking up on for those chilly indoor days with family over the coming weeks (some of which I’ve indicated are also available for other gaming systems).

You still have time to hit the mall and get these under the tree in
time. Or wait for the post-Xmas sales, and have a blast playing them for the rest of the winter.

Sesame Street: Once Upon a
Monster

If you’ve got a preschooler in the house who wants to play without all
your help–or with a sibling, or maybe with you too–this is the game.
The graphics are utterly charming, navigability is instinctive (even for
a four year-old), and…you can’t resist those cute new monsters.
Especially the ones you get to pet. I only tried a brief demo of this
but was utterly charmed and excited for more.

The original Kinect Sports set the standard for the entire motion sensor
gaming
system, and now the sequel is a boon to people who like their active
games active. Season 2 adds football, baseball, golf, darts (okay, a
little less active there),
tennis, and my favorite, skiing, to the mix. Great fun for everyone.
($24.99
at Amazon)

Kinect
Wipeout In the Zone
Just like the TV show, only you get to point and laugh at each other
instead of the schmos on the TV. Even my four-year old can play–and
often beats me. Hmph.
($49.99 at Amazon)

Oh Disney, we knew it was just a matter of time. With this virtual
Disneyland (a very well done one, at that) you can “go on” every ride at

Rayman
Origins
No hard-core gamer, I wasn’t familiar with this cult favorite until
recently. But wow, is it so much fun. It’s a 4-player co-op adventure
game (think Mario but way more sophisticated) and I would think a savvy
kindergartener could pick up on it at the most basic level. The
creatures are cute, weird, and totally fun.
($34.99 at Amazon
– also available for Wii and PS3)

Dance Central 2 and Just
Dance 3 (shown)
There is no end to our entire staff’s love for the video dance games,
and both of these are great fun. If your kid are older, Dance Central 2
might be more their speed. It gets a Teen rating for lyrics (and maybe
some of the wardrobe choices) and definitely leans more hiphop than pop.
If younger kids are playing, skip “Baby Got Back” and stick with
“Venus” and “Born this Way.”

For younger kids, my vote goes with Just Dance 3 hands down. It’s
decidedly less racy with a 10+ rating (not totally sure why), and a
broader range of dance hits through the ages, from Donna Summer to A-ha,
Blackeyed Peas to Ceelo. The characters are little less realistic (i.e.
less sexy), so I feel more comfortable leaving the room and letting my
kids have at it. 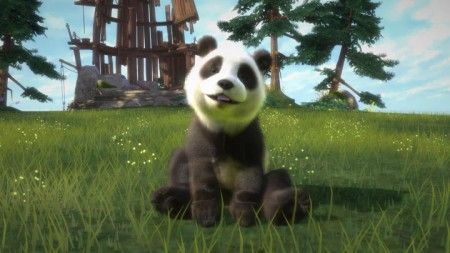 Another sequel to a popular game with little kids, players get to solve a
mystery while playing with the kinds of cuddly bears that you don’t
really want them cuddling at the zoo. What makes it particularly notable
though, is the tie-in with Build-a-Bear

Workshop; buy the specially marked bear, scan the hangtag into the
Kinect sensor, and you get to unlock another character.