Android apps for kids: 3 new ones worth a look 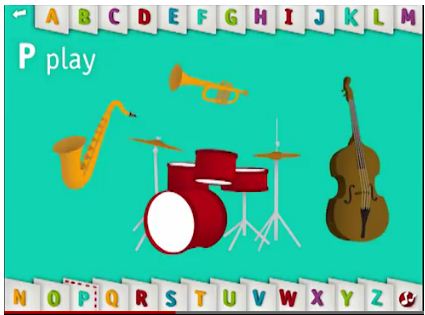 Our readers often ask us to suggest more kids’ apps beyond iOS, and while we do cover the great Android apps we find, there’s certainly a discrepancy in both quantity and quality when compared to what’s available for iOS.

Well Android users, I think 2012 is going to be your year. App developers are (finally) expanding beyond iOS and are realizing that there’s huge market potential on the Android platform, especially with parents. And here’s three great examples right here.

One developer that’s now venturing into cross-platform apps is Spinlight Apps, known primarily for its award-winning kids’ educational apps. And they’ve just announced roll-outs of some of their best kids’ apps for all those Droids, Galaxys, Nitros and beyond.Android users can now find TallyTots, AlphaTots, and TableTots which follow a consistent model of teaching kids numbers, letters, shape and letter recognition, word-building or coin counting in colorful and engaging ways. Meant primarily for your little preschoolers, these apps are great for the little ones who are starting to learn their letters and numbers.

AlphaTots, for example, takes kids through the entire alphabet, providing sounds for each letter and asking them to complete a task associated with that letter. “J” sounds like “jayyy” – can you join these railroad tracks together? TallyTots follows the same exact format, methodology, voice, even the same graphics, onlly for numbers. Although it’s repetitive for us adults, we all know how kids feel about repetition. (I hold the world record for how many times a Backyardigans CD can be played continuously for three weeks.)

The best part is that to celebrate Spinlight’s launch into Android Market, they are offering these three apps for just $0.99 each. Fill up your phones with these apps and sit tight. I’m sure the floodgates are opening for you. -Jeana

Find TallyTots, AlphaTots and TableTots for Android from Spinlight Apps. And yes, they’re available in the App Store for iOS users too.