Shazam your way through the Super Bowl Commercials 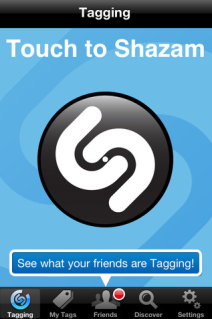 As a music buff, I was an early adopter of the Shazam app, which allows you to easily identify song titles and artists just by holding up your phone to the music. But for tonight’s Super Bowl, you can actually use the Shazam app to do a whole lot more, like unlock new advertising experiences which could lead you to win huge prizes. Like a car. (Yes, a car.)

While Shazam had their first “Shazamable” ad in 2010, this year, they’ve
partnered with big gun advertisers like Pepsi, Disney, and Toyota, just to name a
few. App users will get the opportunity to unlock cool photos or videos,
even enter to win one of two Toyota Camrys. Whoo!

You can also Shazam the game at any time to get instant statistics, and
apparently, if you use the app during the half-time show, you’ll get a
special offer that’s being kept under wraps right now. (Hopefully it’s not during another wardrobe malfunction.)

It’s a cool techy way to make even the commercials during the Super Bowl a little more
fun. And if you’re not a football fan to begin with, this might just be a good reason to turn it on. -Kristen

You can download the Shazam app for free on iTunes.com or the Android Market.