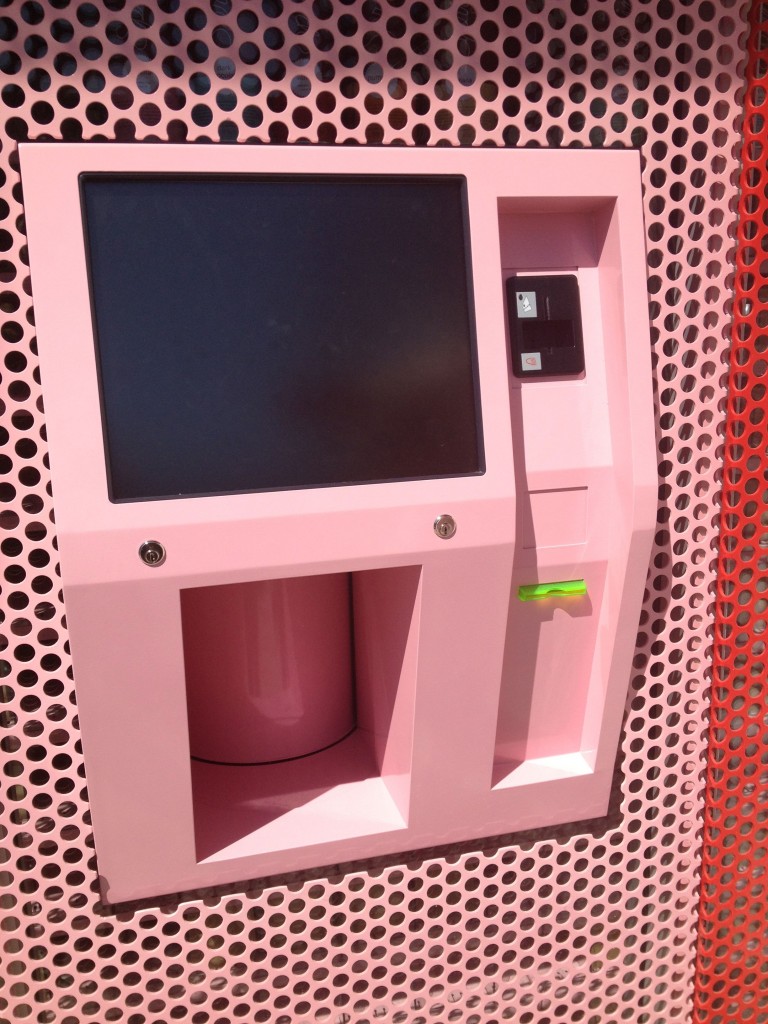 Imagine it’s late, you’re hungry and all you want is something sweet. Now imagine a fantasy world where you can drive to an ATM that dispenses delectable freshly-made Sprinkles cupcakes.

Well hold onto your hats, people, because this fantasy world exists. (Well, in LA for now. Which is its own sort of fantasy world in a way.)

[Update: You can now find Sprinkles Cupcake ATM in 8 different locations across the US.]

The sugar magicians at the famous Sprinkles cupcakes bakery have satisfied the needs of every sweet tooth in LA–and anyone willing to drive there–with 8 flavors of their famous cupcakes, on demand, through the first
24-hour cupcake ATM, or really, Automated Cupcake Machine (ACM) which  just opened this week. Instant caloric gratification at its finest, for four bucks. And in pink no less. We’d expect no less from pregnant mama and Sprinkles founder Candace Nelson, who must know a thing or two about late night cravings.

The great thing is that while the cupcakes are likely to sell out, if there are any cupcakes leftover in the morning, they’re all donated to local food pantries, as with all their goodies.

I’m wondering what’s next for ATMs –whoopie pies? Creme brulée? But for now, a perfect red velvet Sprinkles cupcake at midnight and a chance run-in with Bradley Cooper in LA sounds pretty amazing. At least in my fantasy.

Visit the Sprinkles Cupcake ATM now in 8 locations, with three more being added.