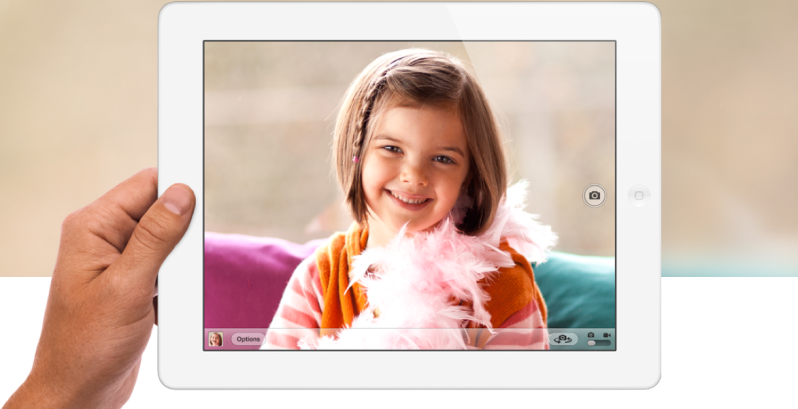 And very intrigued by the fact that it’s not an iPad 3.

After hearing about all the cool new features and upgrades, we definitely think it’s been worth the wait for those of you waiting to make the tablet plunge–or still waiting to upgrade from the very first iPad.

While the same 10-hour battery life will remain the same (yay!), there are a few new features that make the new iPad pretty awesome. Here, 4 big reasons you might want to place your new iPad order come March 16.

The new Retina Display means that your screen will be as sharp as what you get with your smart phone, now on a larger scale. Since so many people use the iPad for reading and gaming (like us), this is a big deal. To say nothing of movie watching…wow.

The iPad camera is pretty much getting a complete overhaul, with a BSI sensor of low-light, a superior camera lens and a new image processor. Also, you’ll be able to record 1080p videos–awesome for parents. You’ll also appreciate the built-in stabilization, plus the ability to edit your photos and videos.

As for software, you’ll be getting an updated iMovie, plus iPhoto, allowing you to send photos between your devices wirelessly.

The new iPad finally makes the leap to 4G LTE, which will make it even faster than it was before. And if you’re not sure that there’s a big difference between 3G and 4G, we’re hearing that it’s pretty amazing. Very helpful for those of us who use the iPad as a work device. And we’re so glad they’re adding a HotSpot, which was something we really missed in the iPad 2.

The new iPad price will start at $499 for the Wi-Fi only version with 4G models going for $629. And for those of you who would rather stick with the iPad 2, they’re dropping down the price of the 16GB version to $399. Still a great tablet and now at an even better price.

So tell us, will you be ordering the new iPad on March 16? And as Beth put it, “very creative name.”