Kids’ music download of the week: Lover Not a Fighter 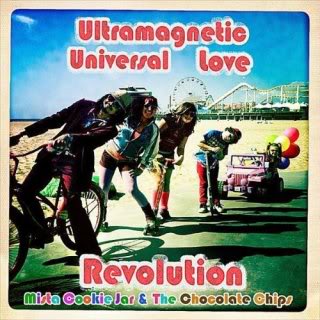 During his high-energy set—which included a woman dancing around on roller skates–I went quickly from disbelief to grooving along with the rest of the room. And, my favorite song from that set was a 70’s era, Jackson Five-esque song that will have you and the kids dancing. With or without roller skates.

Lover Not a Fighter begins with sounds reminiscent of The Jackson Five’s I Want You Back. From there though, the three-minute bit of funky deliciousness is made modern with the mad-skills rap of tween Ava Flava and clever word play of Mista Cookie Jar.

Besides, the “just get along” lyrics are way cooler than me telling the kids to stop fighting for the hundredth time on a Sunday. Let’s hope they get the message. –Christina
Grab a copy of Mista Cookie Jar’s Lover Not A Fighter from our affiliate Amazon.