We had joy, we had fun, we had Seasons in an app 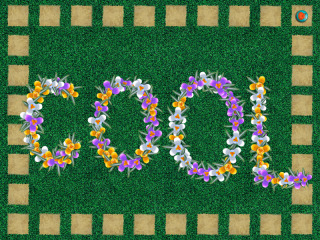 I adore my iPad. Almost as much as my children adore my iPad. Luckily, I’ve managed to keep my hands on it enough to prevent them from downloading apps like crazed little tech-monkeys. And since Mommy is pretty selective, they’ve only been exposed to the best of the best (ahem, in my humble app-selecting opinion). So I’m pretty excited to add another app to my “Best Of” list.

Hippo Seasons, from the young Scottish company, Hippotrix, is an “experiential toy” which gently enhances learning about the cycle of the four seasons for preschoolers.

With
rich, gorgeous graphics, a clear and uncluttered interface, and lovely
musical soundscapes, Hippo Seasons has to be the most “zen” app I’ve
ever seen. My 7-year old son has been playing it the last few days, and
as opposed to his demeanor after one of his high-energy, high-scoring
games, he looks as peaceful as a Buddhist monk after playing Hippo
Seasons.

The
quiet crunch of rolling a snowball in the Winter scene, brushing aside
fall leaves, and poking a finger into the extremely lifelike pond of
spring water are only a few of the many ways to interact with the vivid
interface, and the complete absence of speech or on-screen text makes
this app a great choice for kids with a variety of needs.

To really experience the beauty, check out Hippo Seasons’ YouTube
video. Nicely priced at $2.99 Don’t miss this little gem that really
pushes the format of the standard app and delivers a calm and satisfying
sense of play. Namaste.  –Shari

Purchase Hippo Seasons for iPad at iTunes for $2.99