Yes, you were there: Experience incredible live music concerts with The Concert Vault 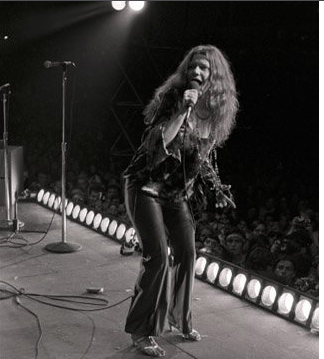 What if you had a time machine and could zoom back to hear Janis Joplin work her magic at the Fillmore East in NYC in 1969? Or maybe you’re more the type to catch 2012’s breakout band, Mumford & Sons, on a studio stop in Illinois just a few months ago. Or hey, maybe you want to show your kids just why Robert Smith was such a big deal in the 80’s. Well, now you can do all. Or any. Or choose one of the hundreds of other options with a website that features some of the best concerts in history, hands down.

Concert Vault has a stunning collection of vintage concert recordings, acquired by CMP fave Wolfgang’s Vault, from the archives of Bill Graham Presents in 2003. The
older music has been painstakingly restored and sounds amazing–nearly
as good as the more modern collections. Plus Concert Vault is constantly
adding to their collection, spanning a wide spectrum of musical genres.

Being a “tortured female artist” fan myself, I listened to Joplin at the
Fillmore, Cowboy Junkies at the Newport Festival in 2008 and Annie
Lennox at Royal Albert Hall in 1986. In one sitting. The Concert Vault also has a great selection of videos, so if you’d rather watch Peter Gabriel’s performance from the the Amnesty International concert of 1986, have at it.

[Ed note: I was there! whoa, how awesome to get to watch it all over again! -Liz]

Being that I tend to stick to a particular musical genre (ahem), I also asked my concert uber-expert friend Nancy Davis Kho of Midlife Mixtape
to check out the collection and she deemed it “super duper cool,” with
an amazing selection of artists, and loved being to re-watch concerts
she experienced live and having a second chance to listen to/watch shows
that she regretted missing the first time.

Of course it all comes at a price. You get all this musical
wonder for just $2.99 a month or $29.99 for a full year which…less than a single VOD purchase on cable. A basic
membership gives you full access to thousands of live performance songs,
unlimited streaming, $5 maximum pricing for downloads and a $24 credit
for the Wolfgang’s Vault store. What’s better is that you can try it out for free with Concert Vault’s generous
free two-week trial.

Now if you’ll excuse me, I have to go get
my box of tissues and listen to the Indigo Girls at the Laguna Seca
Raceway in 1995. What is wrong with me?! –Shari

Get your concert on at Concert Vault, and also check out Wolfgang’s Vault. They’ve got great memorabilia and posters too.