6 of the best ABC apps for iPad. Says our kids. 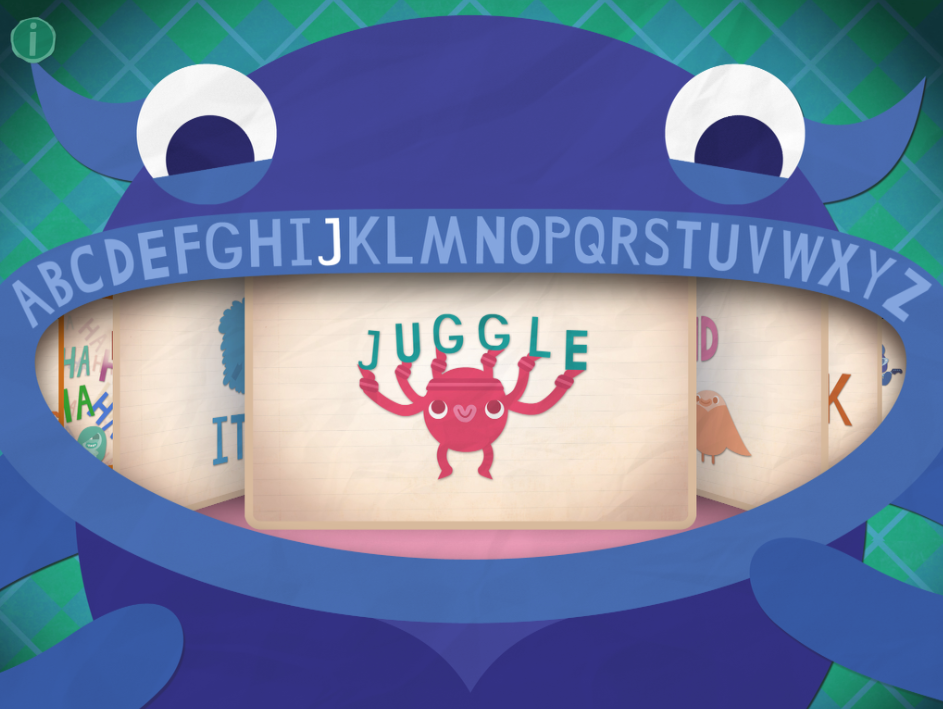 If you’ve got an alphabet-hungry kid and are craving some awesome ABC apps for your iPad, I understand completely.

When my son little, he was so obsessed with the alphabet that he saw letters in everything: a scotch tape dispenser was a G, a pancake needed to have the middle taken out so he could eat an O. The good news is that at 7 years old, he is still mad for letters and loves every one of these iPad apps.

Yes, these are recos right from my first grader. How’s that for expert advice?

First off, Endless Alphabet (above) rocks our world with its bright and playful graphics and advanced vocabulary. Me and the boy laugh out loud at the little comic vignettes that explain what a particular word means. You have to love an alphabet app that uses the word “belch” to teach the letter B. Or, at least your kiddo will. (Free on iTunes)

This popular app from Wee Society was one of our Picks of the Year 2012  and for good reason. An interactive “book,” which links the letters to funny and silly poems (and hiding them within the adorable animal graphics), it excels in teaching letter recognition and fine motor skills. Besides, it’s just plain fun. ($2.99 on iTunes)

This app’s distinctiveness comes from its animated stop-motion videos for each letter, so if you like “texture” in your apps, this is the one for you. The “crinkling paper” feel and amusing movements of the characters bringing the letters to life are truly whimsical and engaging and interactive portion of being able to trace the letters in a variety of textures makes this a very fun and learning-friendly app. ($2.99 on iTunes)

And now for something completely different: this series from kandelsmith brings some of the wonderful children’s books of the 19th and early 20th centuries to new readers through tablet technology. There are gorgeous graphics and quirky rhymes (sometimes because of the anachronistic elements), however the interaction is limited to pressing an object to hear its name. ($1.99 each on iTunes.)

This is an alphabet adventure loosely based on Chris Judge’s children’s book and happens to be featured, albeit quickly, in the new iPad Elementary commercial. Judge took his beloved Lonely Beast character and placed him in all sorts of alphabetical hijinx to allow kids to learn with a familiar, furry face. ($.99 on iTunes)

The Storybots ABC Videos are more straightforward and comic than some of the other selections. The robotic characters called Storybots sing and dance about each letter individually and it’s some pretty funny stuff; not surprising, considering it all comes from the creators of JibJab who have recently entered the ebook arena as well. The videos are not interactive–just plain old watching letters sing and dance–but can you really resist a rock song about Crawfish, Caramels and Crazy? I can’t. (Free on iTunes) -Shari