What is SnapHack? It’s the reason we warned parents about Snapchat. 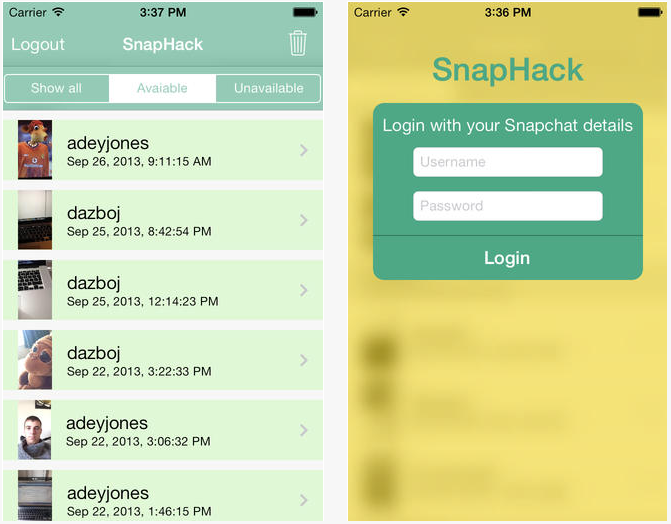 Just a few weeks ago, we featured four apps kids are using that parents should know about, and noted that SnapChat was decreasing in popularity–which gives us a small sigh of relief. But with a brand new app release this week, we’re thinking kids might start heading back to SnapChat. Here’s what you need to know.

SnapChat, in a nutshell, has been called “the sexting app” because it allows you send in snaps which presumably “disappears” after a 30 seconds giving the sender a false sense of security. Originally, when someone tries to take a screenshot of your SnapChat video, the app was designed to send you a notification; but now with the new SnapHack app for iOS, users can circumvent that notification.

Users can simply login into SnapHack with their SnapChat login information and can screenshot, save and view photos as much as they’d like.

What’s more, as of yesterday, the founders of Snapchat admit that all photos and videos stay in ther servers for 24 hours, wile unopened snaps remain for 30 days. This means Snapchat content can be viewed by law enforcement on request, and stored in the servers even longer should police be in the process of seeking warrants.

If you’ve got a tween or teen in the house who uses SnapChat, (or hey, if you use it yourself–no judgment) you’ll want to be sure they’re aware of all the pitfalls of Snapchat–and the copycat apps that are sure to follow. Parents need to be incredibly frank about the consquences if one of your children’s contacts happens to have SnapHack enabled, and a private photo becomes public. -Kristen

For more information about SnapChat (and other apps kids are using that parents should know about), make sure to check out our recent post.