Women of science, you are rock stars. 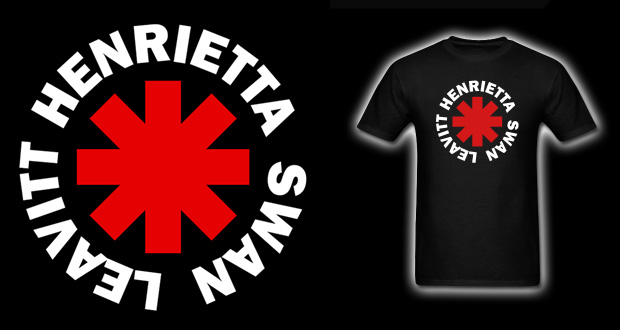 Even if Ada Lovelace Day and October 15 have passed, we can salute the women of science every day in appreciation of their contributions to technology, math, engineering, and even spying. Especially with these t-shirts that turn our female STEM heroes, literally, into rock stars.

Amorphia Apparel is the home of irreverent, science-heavy shirt designs that turn famous female scientists into rock stars. I dig their Monsters of Grok line, which reimagines famous band logos, like the Red Hot Chili Peppers (above), to showcase women who deserve just as many standing ovations.

I’m also a big fan of the Hirsute History line, which represents the lovely ladies science in a more illustrated style, including Ada Lovelace, Jane Goodall, Rosalind Franklin, and my personal hero, Hedy Lamarr; the movie star who invented WiFi is definitely worth wearing.

Even the awesome line of Wear Science tees let you swap in either a male or female scientist in lab coat on any of the hilarious designs.

The site can work two ways. You can snatch up a standard size men’s or women’s shirt in colors chosen by the designer from the main page. Or you can click the red “Customize This Shirt” button for any image and build a shirt in any size or style from scratch, including styles for kids.

Women of Science, you rock. And we salute you. And your stylin’ hair. –Delilah

Find all the Women of Science tees and more at Amorphia Apparel. The FAQ is pretty hilarious, if you want more info on sizing, customization, printing methods, or the artist. And there is some pointed political commentary; don’t say we didn’t warn you.