Belkin LEGO iPad cases: Almost as fun as what’s inside the cases. 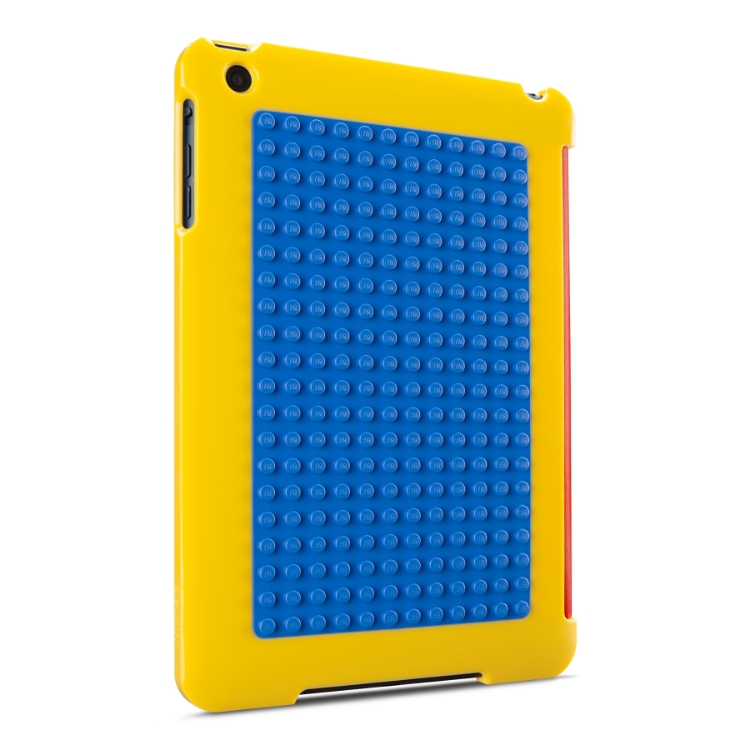 After my kids commandeered the so-called “family iPad” that was our holiday gift two years ago, I admit I’ve been pretty stingy about putting kids’ apps on my own iPad Mini. Not that that’s kept my kids from asking to play with it. But thanks to Belkin’s LEGO Builder Case Family, they might be more interested in what’s covering my Mini than the apps loaded on it.

It’s a strange idea in a way–a case that’s made of a LEGO base meant to be played with.

While the hard plastic case helps keep your tablet safe, I like the idea of them playing with it while the tablet is in my hands, and the case in theirs. Which is why this is one case especially fun for family travel. When it’s entertainment time, the cover folds back at the right angle for movie viewing, but with a pouch of LEGO pieces along for the ride, the LEGO base lets kids take a break from the screen for some pretend play. Especially handy when the Mini itself has been relinquished to another sibling and you’re trying to stave off disputes.

Hey, at least if there’s an epic battle to reclaim my LEGO-covered Mini from my son, I know it will involve Star Wars minifigs.

Find the LEGO iPad case and more LEGO Builder Cases for iPod Touch and iPhone at Belkin. Though we are worried that the iPhone case will just leave little LEGO dents in your face when you talk.