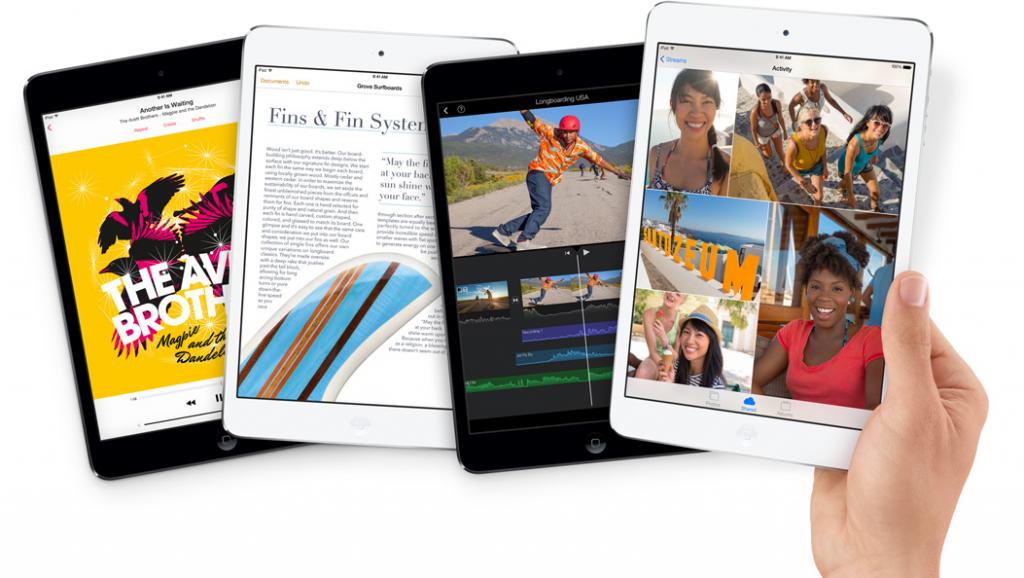 Yesterday, Apple announced its newest gadgets, and of course we were watching closely–as anyone who follows Cool Mom Tech on Twitter knows. While there weren’t many big surprises, the news was definitely cool, even if not all of it is exactly right for families. Here’s our take on what you’ll probably want and what you won’t.

First, we were super excited to hear that the price has dropped on the new MacBook Pro–starting at $1299 for the 13″ laptop and $1999 for the 15″ laptop. They’ve both got retina display now, faster performance, and they’re incredibly thin and light.

The verdict: Great for Mac-centric families who can’t bear to get their kids on a PC, but had trouble stomaching the higher prices. It’s still not cheap cheap, but much more justifiable.

The new Mac Pro desktop is another story, with prices starting at $2999 (that’s uh, starting) but it’s built so you could edit a full length feature film with this amazing machine. Wow.

This is truly the next generation Apple computer and looks like nothing you’ve ever seen. Except maybe a big black Thermos. The processor is way more powerful, way faster, with better graphics and a lightning fast flash drive, yet it’s still compact. If you work in design, photography, film, or do a lot of graphics work with multiple displays, you’ll probably be counting down the days until it ships in November; along with the new Final Cut Pro X that’s launching then too.

The Verdict: We want it for ourselves (drool!), but at $3k and up, it isn’t the family computer that you let your six-year old bang on. There’s also some concern about the compatibility of ports and peripherals, meaning you should add new accessories and converters to that price too.

Another announcement from Apple was the launch of its new operating system, OS X Mavericks. No, that’s not an animal name, but the really big news: It’s free! This really has the tech world buzzing about whether Apple has set a precedent here and we kind of hope so.

For those of you gunshy since the recent problems with iOS7 for your iPhones and iPads, fear not. This isn’t a complete OS overhaul, but it should look a little better and run a bit more efficiently, plus desktop organization should be much improved with the addition of Finder Tags which we like a lot.

There are 200 new features and apps include Maps,  iBooks, and easy connection to the App Store (shown above), plus an overhaul to iCal which we’re excited to investigate further. They’re also upgrading Safari with new features, but with Chrome so amazing these days, it will be interesting to see if that brings anyone back to Apple’s own browser.

The verdict: We like free. Families like free. Go ahead and upgrade for free if your’e already a Snow Leopard user, but give yourself plenty of time.

Of course, we were most interested in the news on the iPad and iPad Mini, and Apple did not disappoint. The iPad has been redesigned and renamed the iPad Air–only 7.5mm thin and weighs just one pound. It’s got retina display, faster processing, two antennas and MIMO technology for better wifi performance, and the battery life is still 10 hours. Amazing!

Also, make sure your iCloud storage is up to date, because the new Air is very reliant on it. Which also means you can do more with your tablet.

As for the new iPad Mini, it offers the same awesome improvements, from retina display (finally!) to faster performance and better wifi, still in the same cute, portable package. The site is really pushing their built-in apps like the Pages word processor (above), Numbers spreadsheets, Keynote and Calendar, which we read as Apple wanting to correct the perception that it’s hard to do real work on an iPad, and it’s really just for Facetime and messing with Siri.

The verdict: If you’ve ever thought about making the leap to an iPad, here are two perfect excuses. It’s not like the old iPad was so weighty, but the Air is hard to resist. Good excuse to hand your old “new” iPad to the kids and upgrade, or if you have tweens/teens who have been extra good this year, the Mini is a pretty sweet upgrade for them from an iPod Touch.

What About the Old Apple Products?

Of course, old products have to make way for new ones. Apple will keep the iPad 2 available at $399 for the 16GB wifi model, but the subsequent generations will be discontinued. We were a little puzzled by this decision, especially since the old version will only be $100 less than the new iPad Air.

Likewise, the original iPad Mini will still be sold, starting at $299 for 16GB wifi.

We expect to see some new Android tablet releases in time for the holidays as well, so it will be interesting to compare them with the new Apple products both in terms of price and function. And hey, maybe Android will finally step it up in the apps department, because Apple is looking to move in on the productivity turf.

In the meantime, we can’t help dreaming about our Apple holiday wishlist. -Julie and Liz