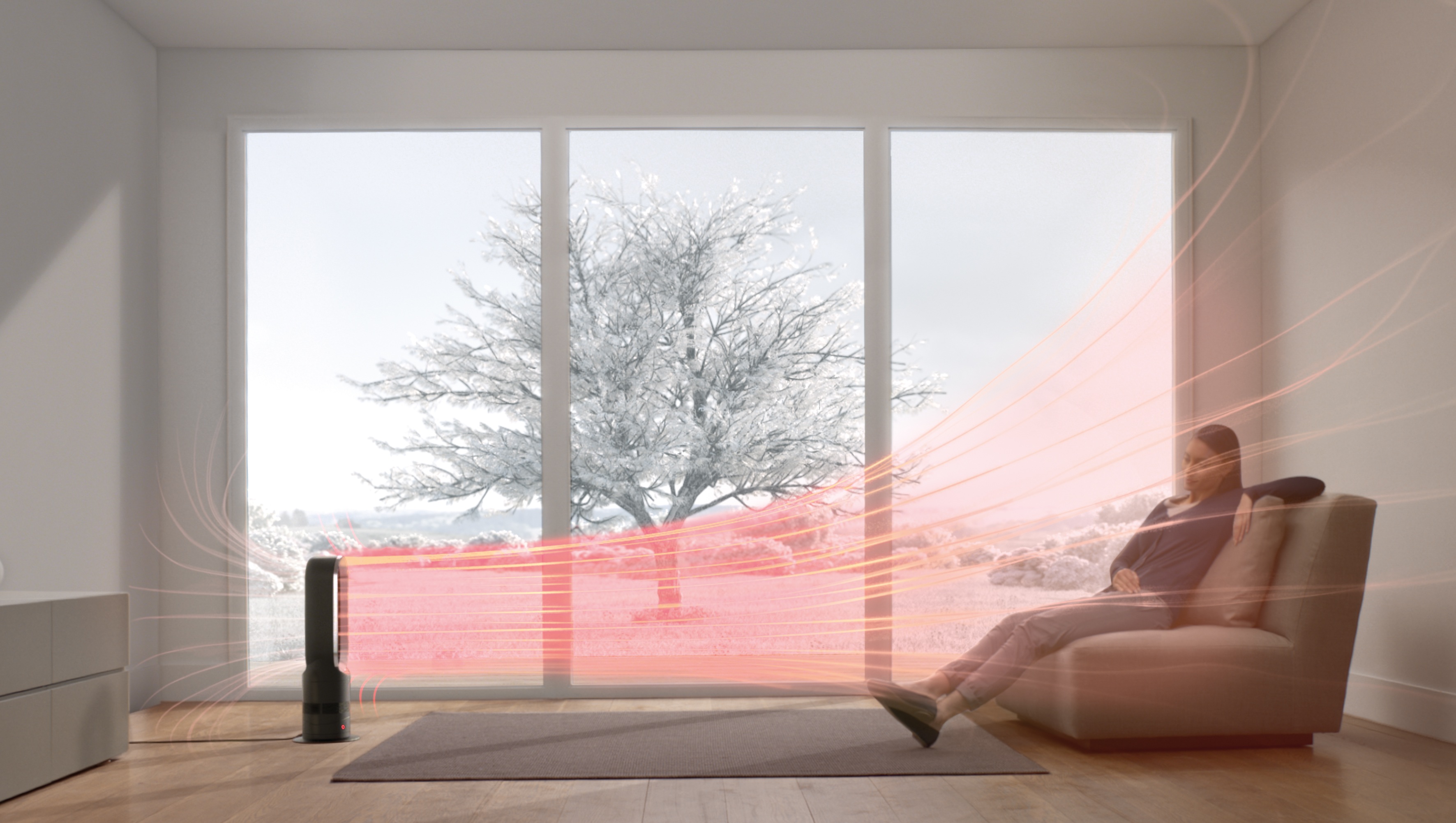 Polar vortex or not, it’s cold around here! Truth is, the freezing temps wouldn’t be so bad if our brand new heating system wasn’t cutting out on us every other day, which is why the wonderful new Dyson Hot Fan Heater is now keeping my family’s teeth from chattering inside the house.

Update Sept , 2015: The company is now out with the new Dyson AM09 Hot and Cool Fan Heater which was released to excellent reviews and a few improvements. Take a look.

I’ve never been a big fan of traditional space heaters; their reputation for starting fires has always prevented me from relying on them for long periods of time, not to mention the toll they take on my energy bills. But the new Dyson AM05 Bladeless Fan Heater is not your typical space heater. Just the fact that it’s made by Dyson wins me over in the design and function department.

The safety features are as awesome as you’d expect–the fan has been engineered to automatically shut off if tipped over. Plus the machine itself has very low surface temperatures and there are no visible heating elements that little hands can get to. Also? No fan blades which freak a lot of parents out around kids.

This isn’t the first heater to use ceramic plates to heat the air, but it is certainly the first of its kind in terms of jetting that air across the room, in the way they’ve perfected with their already beloved Dyson Bladeless Air Multiplier.

Other bells and whistles include a magnetized remote control that handily stores on the top of the machine–awesome for those of us always misplacing them. And I love that there are four color options, should the white not be your thing.

Being that it’s Dyson, I have a lot of confidence knowing they’ve done some serious testing on this thing, including, I hope, having a few toddlers have their way with it.  It’s not cheap but it is extremely energy efficient, with claims it will save you 30% to heat a whole room compared with a conventional fan heater. When in cool mode, it can lower energy bills by 20% when combined with air conditioning. The machine even knows when the desired temp is hit and it turns itself off.

If you factor in the price you’d pay for just their bladeless fan alone, it’s well worth the splurge. Plus? It’s Dyson. Sold.

Heat up your house safely and efficiently with the sleek new Dyson Hot + Cool AM05 Fan Heater; $399 at Dyson.com including a 2 year parts and labor warranty. Thanks to Dyson for providing one to CMT for review.