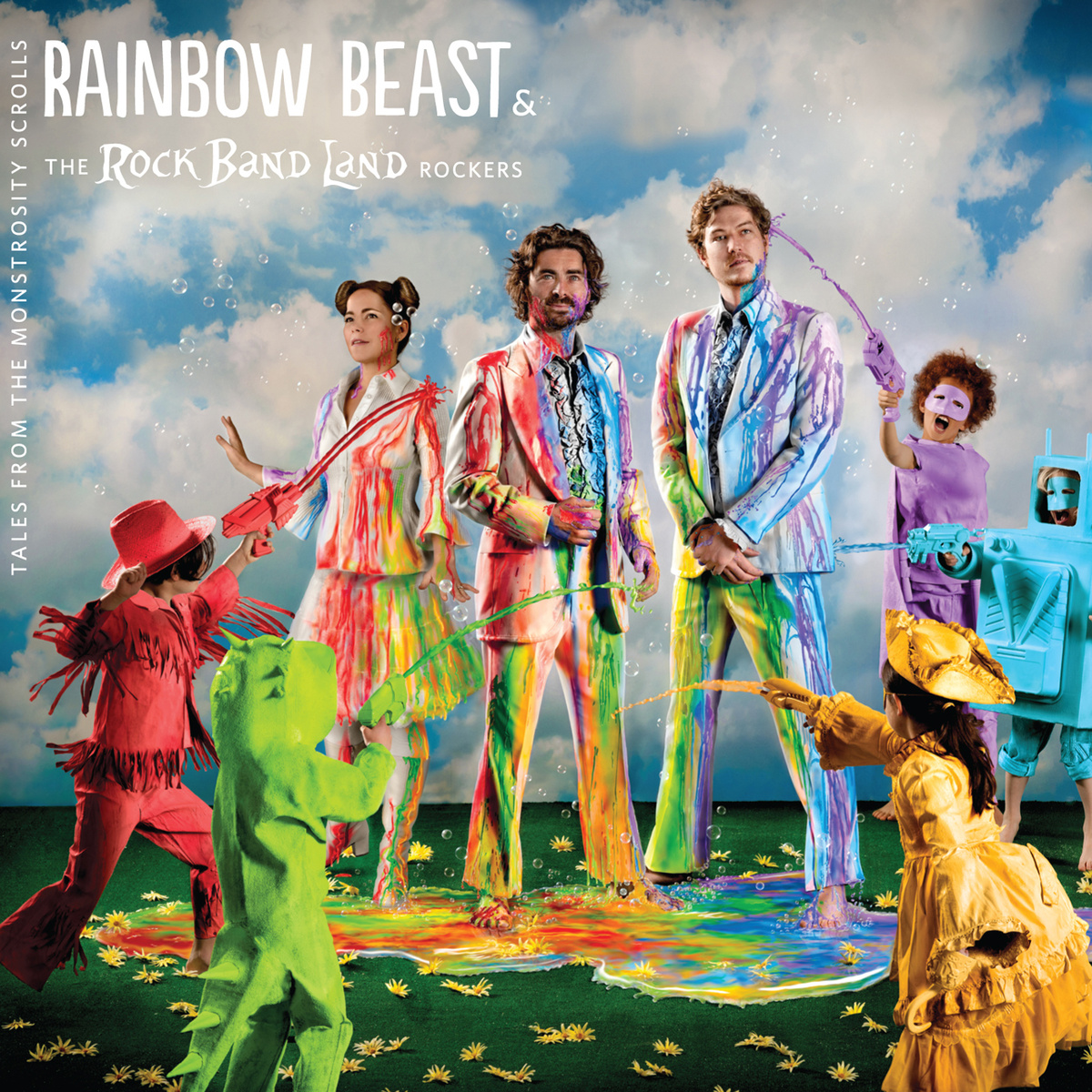 Though National Story Telling Week was officially a few weeks ago, kids who love to tell and hear stories need to check out the debut album from San Francisco’s Rainbow Beast & The Rock Band Land Rockers, Tales from the Monstrosity Scrolls. Download the first song, Happy Clouds, for a good intro to their sound and a peak at the vivid imaginations behind their lyrics.

Happy Clouds describes some overzealous clouds that wreak havoc by blocking out the sun until a few smart birds come to the rescue by wielding cereal-shooting cannons at them. If these lyrics sound like something your seven-year-old would dream up one rainy afternoon, it’s not too far from the truth: All the music and lyrics on this album are written by kids ages 4-8 year old, with the members of Rainbow Beast acting as musical interpreters and primary singers.

Oh, and it rocks. And it will make you wonder how your own kids’ stories would sound with Rainbow Beast acting as musical muse.

Download a copy of Happy Clouds from our affiliate Amazon.